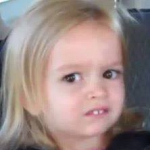 Note: This user has quit the Wiki. I loved all most of you guys like family. I wanna say thanks to Azuris, Sactage, Bord, Ocho and Bovell for being awesome. Semper fi!

I accidentally the game.

To be confirmed at a later date.

"The farther away success is, the sweeter it gets."
— Some dude

"Keep hittin them with the two-forty bravos!"
— A Ranger in Whiskey Hotel

"The rotten cancer of Blogs ravages the Wiki like a plague.The arrogance of the commenters is matched only by the brutality of their raeg."
— Me, on blogging.

Oh hey, my name is Slowrider7, but you can also call me Pvt Platypus, because that is my Xbox Live Gamertag. I love Call of Duty, Halo, GTA4, and Gears of War.

Facebook. (Don't creep. Say who you are or get denied.)

Retrieved from "https://callofduty.fandom.com/wiki/User:Slowrider7?oldid=873063"
Community content is available under CC-BY-SA unless otherwise noted.