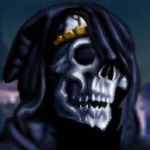 141 Правок с момента присоединения
к этой вики июня 4, 2016
"When others like the powerful necromancer, Sandro, sought to control the world, the force of destruction supported them temporarily. Then, for lack of a better description, it changed its mind. Destruction and death turned upon itself. That's why no single man has ever ruled the world for long."

Megalomaniacal, sinister, strategically-minded and intelligent, Sandro is initially portrayed as an archetypal villainous conqueror, though adopts a more diplomatic (if no less superior) attitude to the world in later titles following his failure to seize Erathia. Considered one of the most iconic characters in the Might and Magic series, Sandro has been present (or mentioned) in installments of all six Heroes of Might and Magic games to date.

Sandro first studied Necromancy under the tutelage of the wizard, and later the lich, Ethric. Sandro has seen nearly all of Enroth and Erathia, and now serves Finneas Vilmar, leader of the Necromancers of Deyja.

Sandro's instinct to survive is almost as strong as his tireless ambition. His network of power in the old world was destroyed by the Reckoning, so now he has to start all over. Unfortunately, many of his old allies perished as well. But no one can say Sandro isn't up to the challenge.

An intensely power-driven, ambitious Lich, Sandro was inducted into the arts of magic in his youth as a Warlockby Ethric of Bracada and Jeddite, only to betray both by pursuing the path of Necromancy. Serving under Lord Alamar and Archibald Ironfist in Enroth, he later personally instigated a chain of events which led to the outbreak of the Restoration Wars in Antagarich. Some years later, he assumed control of the Necromantic Order; though the Order collapsed in the Reckoning, Sandro -characteristically - survived.