For the facepaint in Call of Duty: Black Ops, see Apache (Face Paint).

Several scripts and textures can be found in game files. 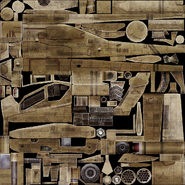 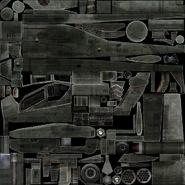 The AH-64 Apache appears in the campaign several times but mainly just taking off or flying past, only once firing at the enemy. Apaches are also seen on the ground in "S.S.D.D.". In Call of Duty: Modern Warfare 2 Campaign Remastered within the mission Team Player, when Devil One-One is being called on the radio to bomb a 12 story apartment building, two Apaches are seen firing missiles at another building to the right.

The Apache is one of the 11 kill-streak reward options, as the Task Force 141, U.S. Army Rangers or U.S. Navy SEALs Chopper Gunner, as opposed to an Mi-28 Havoc for the Militia, OpFor and Spetsnaz. In either case, an AI pilot flies the helicopter and the player controls the 30mm chain-gun through a gray-scale thermal imaging camera, like the one on the AC-130 and the Predator Missile.

An Apache in multiplayer. 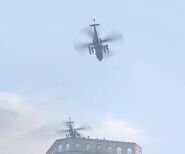 Two Apaches flying over the Fire Base Phoenix.

in "Of Their Own Accord".

The AH-64 Apache makes a brief appearance as the attack helicopter that provides fire support for Gopher Squad in the first mission, "Distant Information".

The Apache is the main ground support helicopter for United States ground combat forces fighting in Europe. It can be notably seen in "Goalpost". It also provides support in "Iron Lady" and "Scorched Earth". In Multiplayer, the Apaches are the helicopters in the Strafe Run killstreak of every faction, even if the "enemy" factions should be using Mi-28s.

An AH-64 appearing in concept art for "Hunter Killer".

An Apache in Modern Warfare 3.

Apache being destroyed by Javelin missile.

A Strafe Run of Apaches.

A group of Apaches flying overhead during a Strafe Run.

The AH-64 Apache returns as a Attack Helicopter killstreak reward for the multiplayer of Call of Duty: Black Ops 4.

The AH-64 Apache returns as a Chopper Gunner killstreak reward for the multiplayer of Call of Duty: Modern Warfare (2019) and just like the Modern Warfare 2 version of it as well, But having with a higher rate of fire as well as the ability to control its movement, toggle between normal and thermal imaging, and fire 8 Hydra rockets, akin to the VTOL Warship in Black Ops II. In the level Proxy War, Alex calls for air support at the beginning of the level and Laswell calls an unmarked AH-64 with the callsign Viper 1-1. At the end of the level, when Barkov’s Forces close in with tanks and infantry and are pinning down Urzikstan Liberation Force members, Alex, Farah, and Hadir, Farah hears a helicopter and Viper 1-1 checks in. The player would have access to the Apache’s missiles and 30 Millimeter rounds. After eliminating all the targets, Alex and the Urzikstan Liberation Force had control of the air base and Viper 1-1 returned to base. In Hunting Party, when Griggs, Alex, and the Demon Dogs are at the front of the hospital where The Wolf is held with Al-Qatala troops defending him, two AH-64 Apaches, callsign Red Hammer 7-1 and 7-2 are seen firing at Al-Qatala troops. In random parts of the level, Apaches are seen flying overhead. They do not communicate on the radio but have an appearance.