Cut on her belly

"If you really need a reason why we do this, I'll give you one. We do this because doing something - anything - is better than doing nothing."
— Abigail "Misty" Briarton

Misty wears a red flannel shirt tied in the front over a black bra, ripped and faded jeans, brown work gloves and brown combat boots that rise halfway up her shins. She also wears a belt with magazine pouches on it. She is a brunette and wears her hair in a short ponytail down the back, covered by her white and green baseball cap. She has freckles, as well as cuts and scratches on her bare belly.

In Black Ops 4, Misty's appearance has changed slightly. Her red flannel shirt is now untied. She wears a ripped, grey tank-top underneath, covering up her bra. She has two straps around her chest and back holding a gun holster. Her hair is slightly longer and she has far fewer freckles than she did previously. Her appearance is otherwise unchanged.

Not much is known about Misty's past, other than that she used to live on a farm. She used to work at a bar called "The Boathouse", and had several boyfriends, all of whom she dumped. Her mother died of an unknown cause, while her father was killed by zombies.

At some point, she met Marlton Johnson, who she began to develop a crush on. The two fought against zombies in a town in Hanford, until they were picked up by Russman and Samuel J. Stuhlinger on a bus. The four survivors were then contacted by Dr. Ludvig Maxis, and were instructed to activate the Pylon, as part of his plan to deal with Edward Richtofen's forces of the undead. However, Stuhlinger starts hearing Richtofen's voice in his head, telling him to activate the tower with his own methods for unknown purposes.

After the device was activated, the group was teleported by Richtofen to a skyscraper in Shanghai, China. After witnessing Russman being killed by a Jumping Jack, Misty, Marlton and Stuhlinger continued to defend themselves until they were killed as well. However, Richtofen would then rewind the events, so that the group could carry out his tasks. Here, Maxis and Richtofen continued to give the four survivors instructions to activate another tower.

After the task was done, the group traveled on foot towards Africa. They set up camp in the desert, planning what to do next. The day after, the survivors proceeded to "the rift", and ended up in an underground Western town. Here, Maxis and Richtofen continued to give the survivors instructions to activate the third tower, and warned them of the other's plans. In the end, their allegiance shapes what happens to them next.

If the player decides to follow Maxis' side of all three Easter Eggs, Maxis will assume control of the zombies (giving them orange eyes in the process), and will send Richtofen's soul into a single zombie (which will have blue eyes). However, Maxis then reveals his true intentions of destroying the Earth to reach Agartha, and informs the survivors that they will perish along the way. Misty, along with the others, is left to die while the Earth is being destroyed. This is the canonical ending for the map.

If the player decides to follow Richtofen's side of all three Easter Eggs, Richtofen enters Samuel's body and uses him as a physical host on Earth, with his eyes now flickering blue. Maxis, meanwhile, is banished by Richtofen from the systems of Griffin Station for good.

At some point, Misty and the others are transported to the surface, and take refuge in an unknown city. While out scavenging for supplies, the crew runs into swarms of zombies being led by the undead Richtofen, whose identity is unknown to the group. To Misty's surprise, Richtofen somehow manages to dodge her shots. Stuhlinger, who continues to hear Primis Richtofen's voice instructing him, says it is the next step in evolution for the undead. The crew attempt to hold out, but are eventually surrounded. Stuhlinger calls out to Richtofen for help, and is greeted with a portal, through which the group enters and escapes. They arrive at a Broken Arrow research facility in 1996, where Russman begins to have flashbacks of his past involvement. Undead Richtofen travels through the portal with the zombie horde and chases them down. As the group attempts to restore power, Russman remember the biological experiments that remain within the area, which then appear and surround them. Misty is nearly killed by Russman as he goes on a wild killing spree, his memory flashing in and out. One of the results of experiment nearly kills her when Russman regains sense and saves her. The group then retrieves the Element 115 shard and enters a new portal summoned by Primis Richtofen.

Richtofen secures the Victis crew in Cryopods inside his lab under Alcatraz, for use later when he needs them.

Sometime later, Victis is awakened by Ultimis Richtofen, who informs them of Dr. Monty and sends them to his old lab in Siberia. Richtofen proceeds to instruct the crew to build an "Agarthan Device" as they fight off a horde of the undead. After gathering the Agarthan Device and sending it to Primis Nikolai, Misty, along with the rest of Victis, were subsequently abandoned by Ultimis Richtofen and Primis Nikolai, who left them to die in the Dark Aether.

Misty is very much a tomboy. Brash and self-satisfied, thinking very highly of herself and her record as a knife fighting champion. She despises Samuel, who returns this sentiment. A few of her quotes in Die Rise also show she dislikes Russman. She acts romantic with Marlton and relies on his intelligence with regards to weapons and crafted items. She has bad memories associated with her past and tries to suppress any thoughts about them, keeping herself occupied by killing zombies. 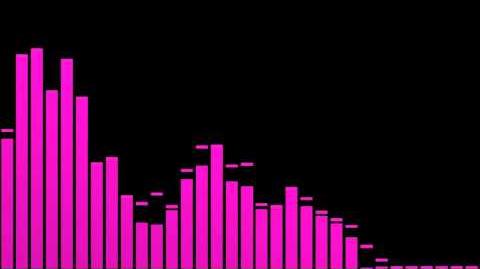 Misty appears in Call of Duty: Mobile and was added on November 8, 2021, during Season 9: Nightmare as part of the "Sanguine Survival Crate".

Abigail "Misty" Briarton as she appears on a promotional poster for Call of Duty: Black Ops II armed with a Winchester rifle and a sword.

Marlton and Misty in Die Rise.

Marlton and Misty fighting in Town.

Misty and Marlton meet Samuel Stuhlinger for the first time at Town.

Misty sitting by the campfire in Buried.

Misty with the others at TranZit.

Misty with the others at Die Rise, wielding two KAP-40s.

A close up of Misty's face

Misty cryogenically frozen, as seen in the intro cinematic of Blood of the Dead.

Misty with the Cosmic Silverback in Blackout.

Misty in the opening cutscene of Alpha Omega.

Misty, along with the rest of Victis, awakening from their cryochambers

Misty and Marlton shortly after awakening from their cryochambers.

Misty and Stuhlinger fighting off Zombies.