Plant explosives at the designated locations, then reach the extraction point 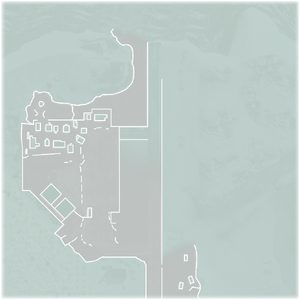 "Acceptable Losses" is the third Special Ops mission from the Delta group in Call of Duty: Modern Warfare 2 and the eighteenth mission overall. It is based on the level "Cliffhanger" with the player trying to sneak into and sabotage a remote airbase located in the mountains.

The Infinity Ward best time for Acceptable Losses is 48.15 seconds.

The player starts deep within an enemy airbase featured in the "Cliffhanger" mission. The objectives are to plant three C4 charges on three locations: A helicopter gunship near the hangars, a combat plane parked near the runway and an ammunition cache inside a barracks. After that, the player must get to the extraction point. A severe snowstorm limits the visibility, so the player can employ stealth. However, there are significant enemy presence near the runway and around the barracks, so any dead bodies will eventually attract attention, raising the enemy alertness at best. The primary weapon for this mission is a silenced AA-12 with a Heartbeat Sensor and Red Dot Sight, which is ill-suited for engaging the enemy in the open because of its very short effective range.

Exfil point.
Add a photo to this gallery
Retrieved from "https://callofduty.fandom.com/wiki/Acceptable_Losses?oldid=2484808"
Community content is available under CC-BY-SA unless otherwise noted.