For other uses, see Aftermath.

"Something has happened... What appears to be an explosion of epic proportions... details remain sketchy and unconfirmed...damage totaling... to set off what appears to have been a nuclear explosion in his own country... stretching across a barren wasteland..."
— News broadcasts heard in Aftermath's opening cutscene.

"Aftermath" is the eleventh level of Call of Duty 4: Modern Warfare and Call of Duty: Modern Warfare Remastered. It sees the player controlling the American protagonist Sgt. Paul Jackson crawling around the crash site in the aftermath of a nuclear explosion. Jackson eventually collapses and dies from his wounds. This mission holds no known objectives with significance as it only chronicles Sgt. Jackson's death and the end of Act I.

Sergeant Paul Jackson awakens from the crash after Khaled Al-Asad's nuclear warhead was detonated from the previous mission, "Shock and Awe". Mortally wounded, he crawls out and around the downed CH-46 Sea Knight into the wasteland left by the blast, while buildings can be seen collapsing. His squad members, such as Vasquez and Pelayo, are seen either dying or their dead bodies lying around the area. After moving away from the helicopter, he collapses and succumbs to his wounds. The screen fades to white slowly, as the satellite lists his status as "Killed in Action".

The following is a list of known U.S. Marines killed by the nuclear device detonated in the campaign level "Shock and Awe" in Call of Duty 4: Modern Warfare. Gen. Shepherd later claimed that 30,000 personnel were lost in the event, but most of their identities remain unknown. 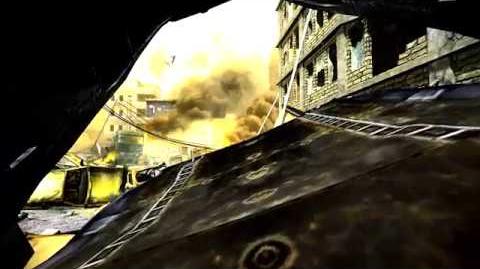 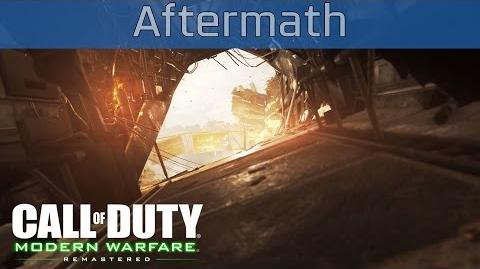 Early concept art of the level.

The wreckage of the CH-46 Sea Knight.

Sgt. Paul Jackson's name on the list of casualties of the nuke.

A Teddy Bear in the wreckage next to the CH-46 Sea Knight. 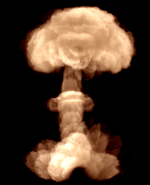 A dead Marine in the downed Sea Knight.