"Fifteen years ago, I was in Chernobyl under the lead of Captain MacMillan for some wetwork. The target: Imran Zakhaev. We had to infiltrate the abandoned city to take the shot."
— Call of Duty: Modern Warfare Remastered level description

"It was the first time our government had authorized an assassination order since the Second World War... I was under the command of Captain MacMillan..."
— Captain Price

The year is 1996, 15 years before the main events of Call of Duty 4: Modern Warfare. The British government had authorized an assassination order. Price, who was then a Lieutenant, is placed under the command of Captain MacMillan. The two, wearing ghillie suits, must make their way to a hotel vantage point and wait for their target, Imran Zakhaev.

Unlike the typical mission introductions of Call of Duty 4: Modern Warfare which seem to be high-tech large computer screens, the briefing for All Ghillied Up is a print map with photographs pinned on it. Also adding to the nostalgia of the flashback, the briefing makes a transition from the modern screen to an old-fashioned film reel projector with cue marks, and the mission starts in black-and-white before immediately transitioning to color. 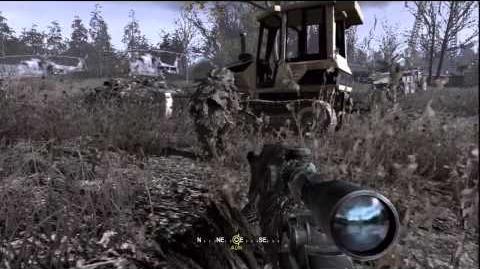 Call of Duty 4 Modern Warfare - Campaign - All Ghillied Up
Original. 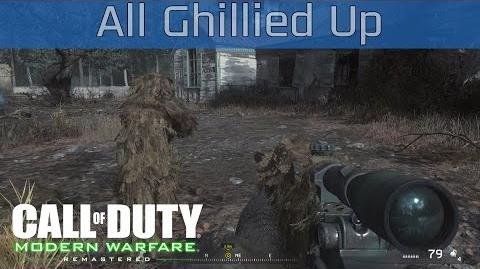 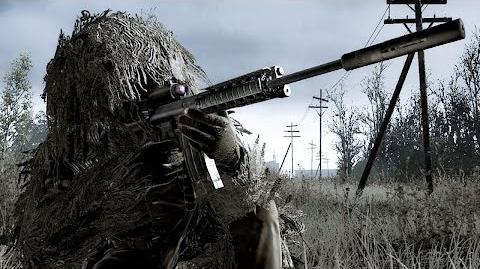 Start of the level.