Arena is a cut game mode in Call of Duty: Modern Warfare 2 multiplayer. It is one of a couple of unreleased game modes discovered, including Global Thermonuclear War, One Flag CTF, and VIP. It is very similar to the game mode Search and Destroy. Respawning is turned off in an Arena match, and the first team to win four rounds wins the game. The object of the game mode is to kill all the opposing team's players; but, if there is only one person on each team left alive, a flag spawns in a random location, and if it is captured, the team of the player who captured it wins the round. When the flag spawns, an "alarm" sound can be heard to signal its appearance. After the flag spawns, even if one of the last two players alive kills the other, the flag must still be captured in order to win the round. 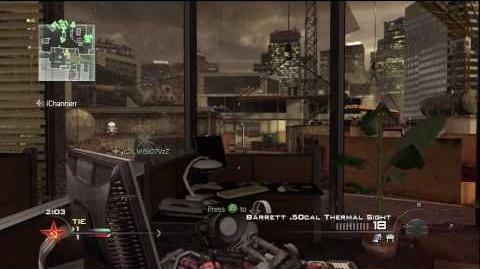