Balance of close to mid-range combat

Arkaden is a multiplayer map featured in Call of Duty: Modern Warfare 3.

Arkaden is a German shopping center, located in Berlin. The map is close quarters, with much of the action taking place inside the bombed out mall portion of the map.

Arkaden is a medium sized map, with the two main spawn points at the street in front of the mall, and the loading bay behind the mall. The two main areas of the map are the mall itself and a courtyard/hotel area. The main building has many glass roofs, so can still be affected by air support. It has two levels, both with prominent lines of sight, and the second story looks over the courtyard. The courtyard is an area that separates the hotel from the mall, it has a lot of debris, including a crashed helicopter, that can be climbed on and used for cover. The hotel consists of two main rooms, the bar and the lounge. The lounge has one wall knocked out, so it is open to almost all angles, and the bar has large glass windows, so it is also open for attack.

In Survival Mode, Arkaden is a Tier 4 map and has the difficulty of Insane. The players start with the M16A4 with Red Dot Sight, the Five Seven, and 250 Armor, but no Self Revive, Flash Grenades or Frag Grenades. The hostiles include Bomb Squads, Chemical Agents, Claymore Experts, Choppers, and Armored Juggernauts.

An early version of Arkaden can be found in the Modern Warfare 3 game files. 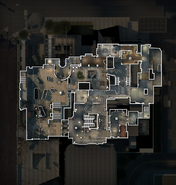 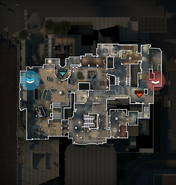 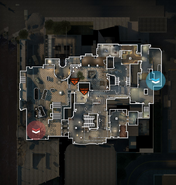 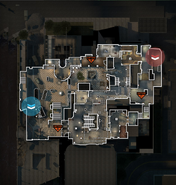 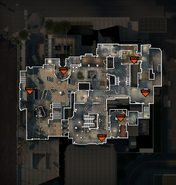 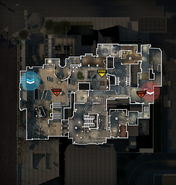 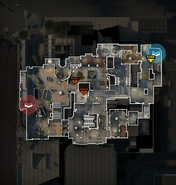 A view of Arkaden's courtyard, notice the crashed Hind.

An overview of the malls interior.

A closer look at the crashed Hind. 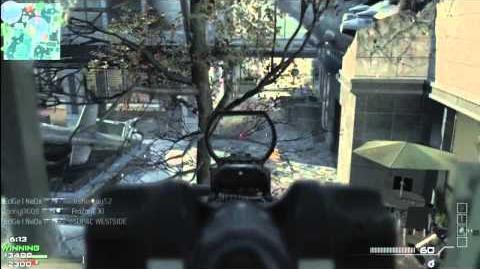 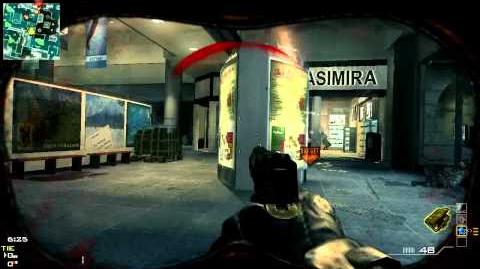 Money In The Denk GameMode - Lobby Leading Arkaden Gameplay.
Gameplay in Money in the Denk.