Close Quarters and some Mid range

Ascend is a multiplayer map featured in Call of Duty: Advanced Warfare. It is set beneath a massive space elevator on a rainy night at the heart of the Gulf of Mexico. Ascend appears in Exo Survival as a Tier 1 map.

Ascend consists of multi-level area, two opposing areas with different terrains and tight interior spaces directly beneath the space elevator itself. Most of the map is outdoors, leaving players exposed for Scorestreak attacks. The indoor areas of the map are located on the west side; the building structures are very small and suited for close combat weaponry. Players can transition quickly between anywhere in the center to the space elevator, or to either end of the map.

The Space Elevator room will be dangerous. Players must be aware of entering the area as they will expect heavy close quarters fights. Whenever possible, try entering a direction enemy players won't suspect or throw grenades to clear the path. 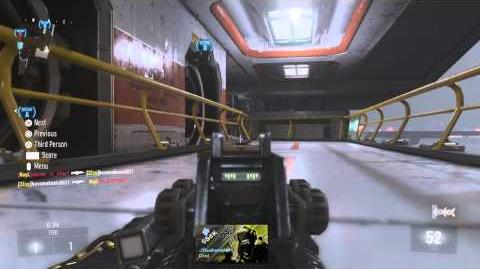