asmith is the user account of Dr. Adrienne Smith in the Central Intelligence Agency Data system, which is accessible from the computer terminal in the interrogation room depicted in the main menu of Call of Duty: Black Ops.

Typing the command MAIL opens Smith' mail account. It then shows a list of messages exactly as follows:

All right doc, you suggested I get this down on paper. Could help with the headaches, the nightmares, the whole thing. Fine. Here goes.

He was a hero. He was my friend. Or so he said.

He told me the tale of his attempt to assassinate the German general Heinrich Amsel, the architect of Stalingrad's misery. He hated that guy, hated the Germans for what they did to his home city. He was one of 2 survivors at a massacre near Stalingrad's most famous mountain, he and a man I never met named Dmitri Petrenko. The Dmitri guy was murdered, but Reznov would never go into details. He told me he saw a lot of Dmitri in me, but I don't know what that means.

His hand was injured in the battle. He couldn't pull off an accurate shot with Mosin-Nagant. So he gave the weapon to Dmitri. Reznov would go into a trance when he told the story of how Dmitri went head-to-head with a German sniper. Back & forth they went until Dmitri won the game and later took out General Amsel. I rarely saw Reznov smile, but speaking of the death of this Amsel guy, Reznov would grin from ear to ear.

I guess Dmitri was captured sometime later and Reznov was heading into Seelow Heights looking for him. The Battle of Berlin. He really put that guy on a pedestal, would tell us all in Vorkuta we should follow the example of the departed Dmitri. There was no mercy on the road to Berlin. The Soviets bathed in blood in Stalingrad and they were happy to pay it back in kind.

They made it to the Reichstag. A private by the name of Chernov fought alongside him then. Chernov was a diary kind of guy. Stupid, if you ask me. Dear diary is for 10 year old girls. Yeah, so what does that make me? But it was Petrenko who planted the Soviet flag atop the Reichstag despite almost getting killed from a shot from a P-38 wielding German. He once told me that the heart of the Soviet army would never be broken so long as a men like Dmitri lived.

Reznov never told me what happened between his heroic return to the Motherland and his getting tossed into Vorkuta. It had something to do with Dragovich, who I assume is responsible for the murder of Dmitri, but he never told me. Not directly anyway. But after everything that's happened and all that I've learned, just got to give it some thought is all.

I used to think he saw something of Dmitri in me. And that was why he chose me to help him incite the riot and escape from Vorkuta. Now I know that's a lie. He used me.

I can say it over and over again, but it doesn't change anything. I believe deep down that Reznov was my friend. I just don't know if I was programmed to believe that.

There. Happy? Hope so, because my head is screaming right now. Don't ask me to do this again. If you do, I've got some choice words lined up for you.

This study is a culmination of analysis involving the events surrounding CIA agent Alex Mason in relation to the processes of deliberately created disassociative personality disorder. In short, the current psychological state of Agent Mason proves the viability of forced creation of "multiple personalities" at the hands of trained mind-control experts. The Manchurian Process must meet the following criteria:

2. Implanting of a New Identity

3. Creation of Barriers of Amnesia

The contents of the following report will call data from Project ARTICHOKE and MKDELTA as conducted by the Office of Scientific Intelligence. The data provided will support the current psychological state of Alex Mason, which is a result of his internment and torture within the confines of the Vorkuta Soviet Prison Camp.

[Note to self: Insert profiles of Fredric Steiner and Victor Reznov]

Born and raised in Alaska, the geographical proximity of his home state to Communist Russia brought the threat of the Cold War that much closer to his doorstep than most Americans. This is a key contributor to the candidate's fervent anti-Communist ideals and eventually led to his enlistment in the USMC. The Candidate spent his youth hunting elk and grizzlies in the Alaskan wilderness with his father (a WW2 vet and recipient of the Purple Heart for his actions at the Makin Atoll; as such, the candidate is adept in cold weather combat techniques and is an excellent sniper (at the age of 20 he became the youngest Wimbledon Cup winner in the history of the marksmanship competition).

Candidate was recruited to SAD/SOG at the age of 25 after an exemplary term of service with the Marines. Having served with distinction since joining the Agency, Mason has a long standing friendship with many of his fellow Agency colleagues and shows a particular intimacy with operative Frank Woods.

Always itching for action, Mason's tendency towards impulsiveness is the one trait that may not have been completely "trained out of him." However, close friend Woods is well aware of this, and knows exactly when and how to reign him in.

You look amazing in that skirt. Keep up the good work and I'll see you tonighat the usual place.

The following is a summary of techniques developed by [REDACTED] under the term "Psychic driving."

Patients are to be "depatterned", which is defined as being reduced to a vegetative state through a combination of high level electroconvulsive shock, drug-induced sleep, and sensory isolation. When fully depatterned, patients will be reduced to incontinence of urine and feces and will be incapable of feeding themselves and will show an inability to state their name, location, or date.

Thhis is where "psychic driving" is introduced. The process consists of playing to the patients hundreds of hours of audio loops via earphones, specially-designed helmets, and/or speakers in the sensory isolation room.

For further details, see "A Study of Personality Change Due to Prolonged Repetition of Verbal Signals" by [REDACTED]

One case involved a female patient by the name of [REDACTED], which ran between May 5 to September 11, 1963. The treatment involved a combined application of 3 different techniques : drug disinhibition, prolonged sleep treatment, prolonged sleep treatment, and prolonged psychological isolation. These were combined with Electroconvulsive Therapy (ECT). The amount of electricity committed to [REDACTED] brain exceeded some 75 times the maximum amount recommended by ECT Guidelines per the APA.

The test case was a success and [REDACTED] experienced a full erasure of her memory. The depatterning techniques resulted in permanent complete amnesia from [REDACTED] birth until the end of the test cycle on 11 Sep 1963. Medical records show that [REDACTED] was no longer able to recall her name, age or location. She did not recognize her children. She could no longer read or write, drive a car, cook, or use the lavatory. Not only did she no longer recognize her husband, she could not even comprehend the concept of the term "husband." 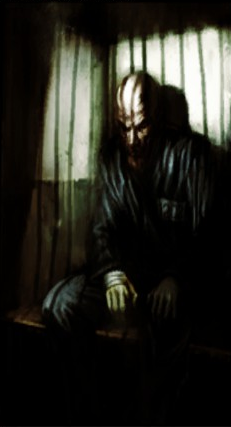 Retrieved from "https://callofduty.fandom.com/wiki/Asmith?oldid=2067308"
Community content is available under CC-BY-SA unless otherwise noted.