"Atlas Falls" is the eleventh campaign mission of Call of Duty: Ghosts. In this mission, the Ghosts are sent to destroy a Federation oil platform in Antarctica in order to distract the Federation fleet.

The intel gathered from the previous mission suggests that the missiles are being built in a factory near Rio de Janeiro, Brazil. The factory is heavily guarded by the Federation's third fleet. Elias's plan to lure the fleet away is to destroy the Atlas Oil Platform in Antarctica, which is under the Federation's control. He sends in the Ghosts, along with Kick, to sink it to the bottom of the Drake Passage.

The mission begins when Logan is viewing a passing patrol above the ice. While he's doing this, Kick, Keegan, Merrick, and Hesh each plant charges under the ice. Logan detonates the charges and shoots the soldiers who fall in the water. They emerge from the water and shoot the forces on the ground. After this, they fire rope lines onto the platform and rappel their way up.

After making their way through the facility with the help of Keegan and Kick, Merrick, Hesh, and Logan make it to the fire suppression control room. While Merrick blows the pumps, Logan maintains the water pressure. As a result, the facility begins to explode, killing most of the Federation soldiers. Keegan and Kick rescue Merrick, Hesh, and Logan moments before the platform explodes. 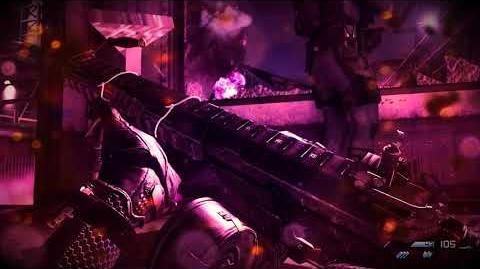