Call of Duty Wiki
Register
Don't have an account?
Sign In
Advertisement
in: Articles to be expanded, Call of Duty: Ghosts Extinction Episodes

For the DLC in Call of Duty: Black Ops III, see Awakening (DLC).

Awakening is the fourth Extinction map of Call of Duty: Ghosts. It is featured in the Invasion DLC. It features Intel like in Nightfall and Mayday. There are three new enemies: Gargoyles, Bomber and Mammoths. Schematics also return. There is also an attachment known as the ARK, which can be equipped on selected weapons.

Awakening takes place underground in an infested hive of Cryptids. Armed with a range of new hi-tech weapons and equipment, the players main goal is to reach the Ark and retrieve “The Cortex”, a key element to unlocking the secrets of the Ancestors’ psychic powers.

Awakening marks the introduction of three new Cryptid species, each posing a unique and lethal threat. Players will have to quickly learn to observe the sky to defend against airborne assaults from the flying Gargoyles, as well as explosive strikes from the swarming Bombers. At ground level, good tactics and teamwork will be needed to defeat theMammoths that guard the Ancestors’ lair.

Story (Based on Intel)

Captain David Archer and two American soldiers are fighting Cryptids inside the Ball's Pyramid colony. One soldier calls out last mag while the other runs out. Archer tells them to stand fast as the Ark is just a short distance ahead. But then a Gargoyle attacks the first soldier, who then drops a grenade upon death. Archer quickly pushes the other soldier in front of him in order to shield himself from the blast. The soldier dies as a result, but the explosion still knocks Archer backwards, his arm brushes against a Cryptid bush, then he is knocked back on an Obelisk. Dr. Samantha Cross then walks towards him, holding a machete blade. She examines his injured arm and explains that the poison is lethal. Archer realizes that in order to be kept alive his arm should be removed, but he believes that what is happening right now is not real. Cross retorts that this shouldn't hurt; she cuts his arm off, saving him from the Cryptid poison, and Archer screams in pain. Archer agonizingly asks what she wants, she says she wants the same as everyone else: to make a deal.

Breaking news shows the Cryptid outbreak has been unleashed throughout the entire world; every colony under the earth has erupted and released Cryptids to ravage its surface. Back at Ball's Pyramid, V-22 Pilot callsign: Arclight picks up CIF Team 1 with the Cortex, the pineal gland of one of the Cryptid Ancestors. Godfather copies and orders Arclight to take the team to the "Exodus launch site" and he will save four seats for them. But Arclight says to make it five as he finds Cross waving at him from the top of the island, which Godfather finds it unbelievable. The President calls Godfather asking for options, but Godfather says that the war is over, and that the human race has lost; he predicts 80% of the earth's surface will be overrun within 200 hours. The only option left would be the play "Scorched Earth," a worldwide nuclear response which will sacrifice the planet in an attempt to destroy the Cryptids. The President believes that it is over for mankind. Godfather says that the ancestors survived the last apocalypse with their Arks under the surface, but as the 2 V-22’s carrying CIF Team 1 and Cross approach the West Coast and the Exodus launch site, Godfather says the humans have an Ark of their own, "hanging right over their heads."

Here are some major differences in Awakening compared to previous Extinction episodes:

Enhanced Jumping - Archer mentions that human biochemistry is enhanced near Arks. Thanks to this, players can jump over twice their normal heights while playing Awakening. Jumping on the large mushrooms launches players even higher into the air, granting access to certain parts of the cave which cannot be accessed with regular jumps.

Schematics - These buildable items return from Mayday in the form of computer tablets found in hidden rooms where Mammoths often appear. Parts for schematics are once again found in red toolboxes. Unlike other maps with schematics, the specific placement of schematics are randomized each game in Awakening.

ARK Attachment -In some hidden rooms, players will find a deceased soldier with a special ARK attachment which turns weapons into laser weapons, greatly increasing their power. Cryptids killed by ARK weapons explode upon death, slightly damaging nearby aliens. Note: The ARK attachment automatically transfers to newly purchased weapons. Unlike other attachments, it isn't lost in the exchange.

Optical Scanner - Instead of the laser drill used in previous maps, Awakening features a drill chassis outfitted with an optical scanner. Players use this scan Obelisks found on the map. Once all the Obelisks in an area are scanned, they must be destroyed in order to bring down an energy barrier that barricades the next area.

Gargoyles - These large new aliens spend most of their time flying in the air. Their rapid-firing acid attack can down players in one volley, similar to the Breeder's attack in Nightfall. Gargoyles can also absorb quite a lot of damage and can be difficult to hit with great accuracy, making them one of the more deadly foes encountered so far in Extinction. Gargoyles typically stay in the air until they are injured, in which case they will sometimes land on the ground for a few moments. They appear to have a weakness to Venom attacks—particularly the new Venom Grenades, which can kill a Gargoyle in one strike. Of course, good aim is needed to hit a flying creature with a grenade in mid-air.

Bombers - Flying Bombers replace Seekers in Awakening. Bombers are small, making them difficult targets to hit, but can normally be killed in just a few rounds. Once they lock on to a player, they turn red, dive at extreme speeds, and explode on impact. Green turret plants similar to those planted by Seeders in Mayday also spawn that allow for more Bombers to spawn in. These turret plants also release acid clouds when approached or shot. Several of these turret plants will spawn in close proximity to the optical scanner when it is deployed. Walking through certain spaces in the first and second areas of the map will prompt a varying amount of Bombers to spawn.

Mammoths - These new Cryptids are essentially blue Rhinos in all but with some key differences. They can unleash a ground-pounding attack which spawns one to three additional Hunters. These Hunters can accumulate and become quite a pain if the Mammoth isn't dealt with quickly. Mammoths can burrow underground and reappear at just about any location in very close proximity to another player. Mammoths are also immune to the Hypno Knife and will give an enormous $2000 kill reward. Due to these differences, Mammoths usually require extensive planning and teamwork to bring down. Mammoths only spawn when a player enters hidden rooms and will not spawn randomly during the course of the game. There is always at least one Mammoth per area.

Vanguard -The Vanguard is a manually controlled quadrotor, much in the same function as the Gryphon. Armed with a machine gun and explosive ordnance, the Vanguard deals significant damage to the Obelisks and is by far the most effective means of destroying them. When in use, the character controlling the Vanguard is shielded and will not be targeted by Cryptids. However, Cryptids will target the Vanguard and attempt to destroy it. If destroyed, the player(s) must wait fifteen seconds before the Vanguard can be used again. Bombers will home in directly on the Vanguard and try to explode, while Scorpions and Gargoyles will fire at the Vanguard to try and damage it. If riding low enough to the ground, ground-based Cryptids can also damage the Vanguard.

Cortex - CIF One is tasked with retrieving the Cortex as their ultimate goal in Awakening. A psychokinetic battery containing the brain tissue of a living Ancestor, it is a weapon that is charged through the death of living organisms. When fully charged, the Cortex can unleash a pulse that flash fries the brains of Cryptids within its blast radius, near-instantly killing them. Samantha Cross will announce when the Cortex can be activated to fire a pulse.

This is where the players start. This is the cave-like area and the tunnel. It usually has some Search Piles in the cave part, and the tunnel part has the Maverick.

This is the whole first area the player goes to which has the first couple of obelisks and the first force field. It will also have an ARK and two schematics, which switch places each game, between two side areas. Going to one of these areas will also summon a Mammoth, while the other will summon two Scorpions. In addition, the area has enough schematic parts to build at least one of the two schmatics the player obtains, if not more. The area also features several weapons the player can buy, like the Remington R5 and Tac 12.

A Mammoth bursting out of the ground.

An Optical Scanner being used. 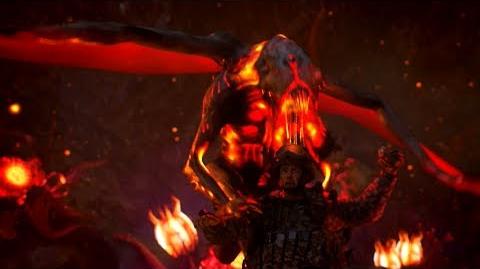 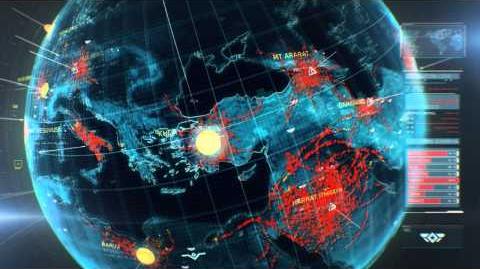 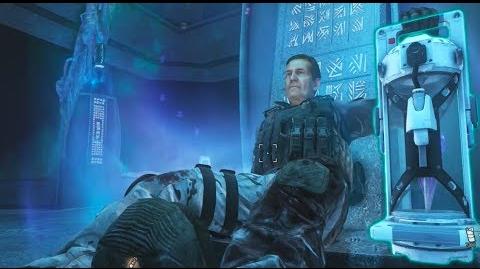 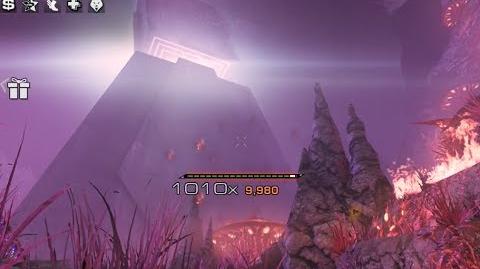