For the remake in Call of Duty: Modern Warfare, see Talsik Backlot.

Close-quarters with some medium and long range combat

The top of the middle building (a garage) is great for snipers or heavy gunners. Do not dwell on the second floor for long, because if done so, the player is easy prey for the nearby mounted machine guns, both of which can penetrate through the whole second floor. Also be careful of enemies using the dumpster below one of the windows to climb inside. By climbing out another of these windows, players can also quickly press the action button in order to climb onto a small wooden ledge. From there they can hide inside to pick off enemies, or climb the ladder in order to reach the top floor of the middle building. Be careful when up here as it is quite easy to encounter a grenade thrown by the enemy.

If the "Flawless" challenge is needed, a good chance to get it is to go in the basement of the construction building, it is a very overlooked area. The aid of UAV Jammer is advised when doing this. All types of classes are effective on this map.

Backlot appears in Old School Mode as a supported map. It features a total of 8 sprites.

A view of one of Backlot's streets. 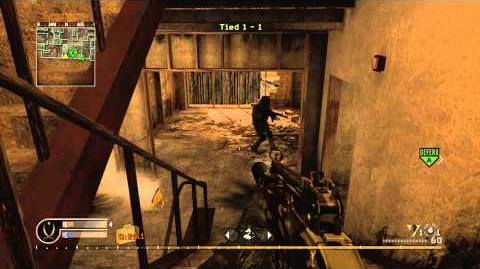 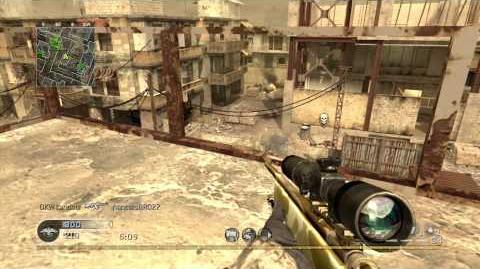 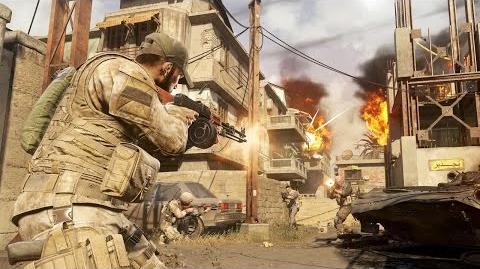