For a cut Perk-a-Cola with a similar function, see Candolier.

Bandolier Bandit is a perk introduced in Call of Duty: Black Ops 4.

Bandolier Bandit, when purchased, will simply grant the player increased ammo stock for all of their weapons.

When Bandolier Bandit is selected as the "Modifier" perk and the player has all of their other perks, the weapon that currently isn't being held by the player will be able to refill its magazine from its reserve ammo over time. 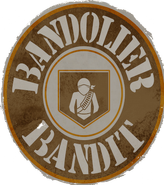 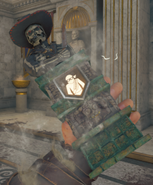