Call of Duty Wiki
Register
Don't have an account?
Sign In
in: Call of Duty Single Player Levels

For the actual battleship, see Battleship Tirpitz.
"Price and I are going on board. If we are captured, the Geneva Convention won't help us. There's little doubt that we will be executed as spies."
— Sgt. Evans' notes

the sniper that's just above the hangar. 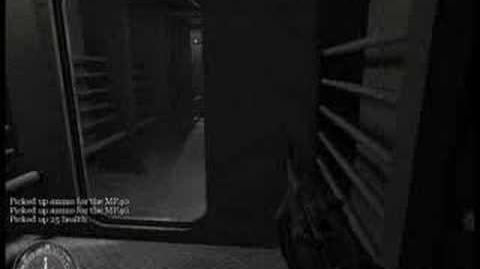