"Only by invoking the beast can you find the items you need. You must explore the... unexplored. "
— The Shadowman

The Beast is a feature in the Call of Duty: Black Ops III Zombies map Shadows of Evil. It allows the player to enter a mode similar to Afterlife, where the player can activate a shock attack to power up electrical switches, destroy keeper-protected doors and crates, grapple, shock and kill zombies, and revive teammates. Beast Mode is used to obtain the ritual items necessary to conduct the four main rituals as part of the main Easter Egg and unlocking the Pack-a-Punch. It is also used to get the Apothicon swords, and also used in the last step of Apocalypse Averted, electrifying the keepers and the tram railway.

In order to become the beast, the players have to awaken the curse by interacting with one of many pedestals with a purple flame of fire, scattered around the map. The Beast effect can be used once per round in co-op, signified by the beast icon on the bottom of the screen turning blue. In solo, the player can have up to three beast activations, starting with three activating and refilling by one in each new round. The Beast lasts for approximately 30 seconds, indicated by the timer on the button of the screen (except for the last step of the Easter egg, in which the beast mode is not bounded by time). Unlike Afterlife, it is not accessed via being downed. The player can choose to return to human form before the timer runs out.

While the Beast is active, the player is able to send electric shocks that paralyze zombies for a short amount of time and can be used to power up power switches. The Beast also has a "grab" and "melee" attack that will kill zombies in one hit. Each of the actions, shock, grab, or melee, reduce the timer by a small amount. The Beast does not give the player points and does not decrease the zombies counter required to pass the round. The shock attack can be charged and released to produce an electrical chain on zombies. The time to revive teammates in Beast mode is 75% faster than the normal revive rate and 25% faster than Quick Revive's revive rate and after a successful revive the beast mode halts automatically.

Those with the "Mark of the Beast" are able to transform into the Beast. The four characters in Shadows of Evil are the only known people to have the mark. The mark appears on their hands after they are awakened in the intro cutscene of the map. The shadowman tells the crew they were chosen, marked and cursed, aligning with the slogan "Only the cursed survive". He tells them he can help them and remove the mark, only through acceptance and confession of their sins, which were the invitation for the evil they face. However, the Shadowman himself was involved in creating their sins, calling the crew's allies which are sacrificed. 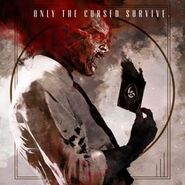 The Mark of the beast on a card held by a zombie as its blood flows to the air.

Jessica Rose with the Mark of the Beast on her hand.

Floyd Campbell with the Mark of the Beast on his hand. 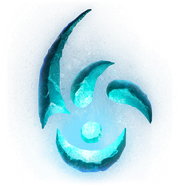 The Mark of the Beast as seen during gameplay. 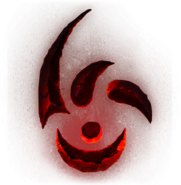 The Mark of the Beast when inactive: "The curse sleeps".

Gameplay with the Beast. 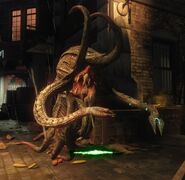