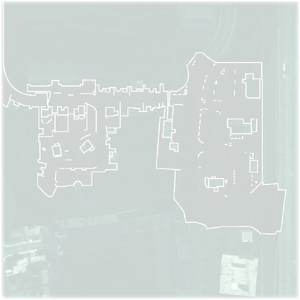 Big Brother is the tenth Special Ops level in Call of Duty: Modern Warfare 2 and the final mission in the Bravo tier. It is one of only two Special Ops levels that requires two players, the other being Overwatch. One player will be the gunner of the Blackhawk 'Gunslinger-One' while the other player, as a soldier on the ground must make it to the roof of Nate's Restaurant.

The Infinity Ward best time for Big Brother is 1 minute and 25.9 seconds.

The players can choose between the soldier on the ground or the Blackhawk Gunner.

The soldier must reach the rooftop of Nate's Restaurant within the specified time frame or the mission will fail. The Blackhawk gunner provides support for the soldier by firing explosive rounds from the helicopter's minigun. Initially, the enemy resistance is minimal, but will continue to increase as the soldier nears the extraction point. The enemies will not actively attack the Blackhawk (Though there is one part where the Blackhawk temporarily leaves to avoid RPG fire) so the Blackhawk gunner should do most of the fighting while the soldier deals with any stragglers left behind.

The gunner should avoid firing near the soldier as the rounds can potentially kill them, much like the AC-130 Gunner in Overwatch.

Gunslinger-One, as seen from the ground. Note that the gunner's feet are going through the floor.

View as the gunner.

Retrieved from "https://callofduty.fandom.com/wiki/Big_Brother?oldid=2491119"
Community content is available under CC-BY-SA unless otherwise noted.