For other uses, see Birds of Prey.

"Birds of Prey" is the eighth campaign mission of Call of Duty: Ghosts. The mission involves invading the Freeport, a floating industrial complex in the Gulf of Mexico, in order to capture Rorke.

Intel obtained by Victor Ramos' laptop in the previous level suggests Rorke is hiding at a floating industrial complex called the Freeport in the Gulf of Mexico.

The player assumes the role of Pirate Five-Zero, the callsign of an AH-64 Apache. Pirate was part of the squadron of two Apaches and the Ghosts' UH-60 Blackhawk helicopter approached Rorke's hideout in the Gulf. After clearing both Federation ground, naval and air forces, the player takes the perspective of Logan Walker. He and his team encountered countless enemies but successfully neutralize them. The player takes control of Pirate Five-Zero again to neutralize enemy reinforcements, and goes back to Logan. After clearing the rooftops of the base, the Ghosts finally capture Rorke and bring him in for interrogation.

Ghosts getting out from their UH-60 Blackhawk. 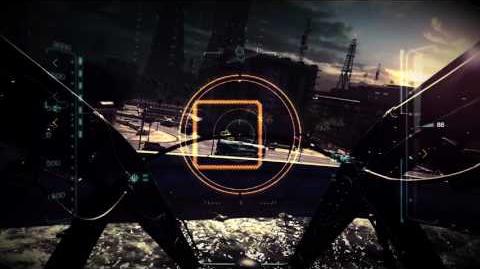