Locke and his fellow gunner try shooting as many down as they can, but run low on ammo fast. As they are about to force a take off, a trio of kamikaze Zeros flies at the Catalina head on at 12 o' clock. Right there Locke runs out of ammo, but in a deus ex machina, a trio of F4U Corsairs, callsign "Havok 26" flew overhead, shooting down the inbound Zeros, while the rest of the Corsairs squadron start clearing the sky of any remaining Zeros. From here the battered Catalina takes off, and the mission ends. 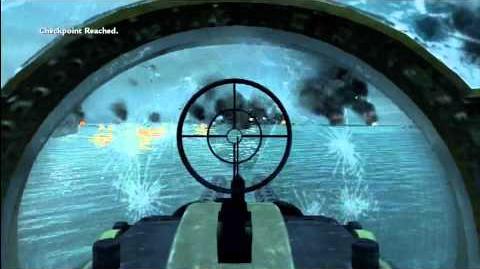 Retrieved from "https://callofduty.fandom.com/wiki/Black_Cats?oldid=2432260"
Community content is available under CC-BY-SA unless otherwise noted.