Call of Duty Wiki
Register
Don't have an account?
Sign In
Advertisement
in: Call of Duty: Black Ops III

It returns in Call of Duty: Black Ops 4, acting as a hub for all cosmetic items in the game. Originally, there were 3 parts to the Black Market (Blackjack's Shop, Supply Stream and Special Orders), each with a different way to earn items. However, as of Operation Grand Heist, there are now 4 parts to the Black Market (Blackjack's Shop, Contraband, Reserves and Inventory), as well as Blackjack's return. Due to the nature of this system essentially being gambling, and with DLC weapons being incredibly difficult to obtain, the Black Market (along with Supply Drops and similar systems in other games, like Advanced Warfare and Infinite Warfare), it has attracted significant controversy and backlash from fans, leading to newer titles having systems where most content can be unlocked via challenges, or directly unlocking the item with the in-game currency.

The Black Market functions to turn Cryptokeys earned through playing Multiplayer into cosmetic items for Specialists, weapons, paintshop/emblem creation, and more. These items are earned in supply drops, a collection of three random items of varying rarities. Two different forms of supply drops are present in the Black Market.

Common Supply Drops cost 10 cryptokeys and give the player three random items of any rarity. No guarantees are present, and there is an unlikely chance for Rare or better gear.

CODPoints, and give the player three items, one of which is always Rare or better. There is also always either a weapon camo or Specialist gesture. Legendary and Epic rarity gear is also more likely to be rewarded from these as well. Finally, all Rare Supply Drops have a Cryptokey Bonus which functions to reimburse the investment, with anywhere between 2 or 30 (a free crate) possible.

The Black Market can also turn duplicates of any earned item into Cryptokeys. The amount of Cryptokeys earned from doing this depends on the rarity of the burned item: 1 key for Common items, 3 keys for Rare items, 7 keys for Legendary items and 10 keys for Epic items.

CODPoints, and are essentially the same as Rare Supply Drops, except they have a guaranteed item of a specific category. Bribes are not always available, and are only added for a limited time. So far, three types of Bribes have been introduced: Specialist Bribe, which grants one Specialist Theme item (either head or body); Taunts and Gestures Bribe, which grants either a Taunt or Gesture of any Specialist, and Weapon Bribe, which gives the player a guaranteed melee or ranged weapon only available in Supply Drops. Unlike other Supply Drops, Weapon Bribes, so far, cannot be purchased with either Cryptokeys or CODPoints. At the time of May 6, 2016, there are two ways to earn a Weapon Bribe: by owning the Season Pass, or completing the Total Victory Special Contract. A new bribe was added for a limited time, but it was the same as a common supply drop, instead of rare. This bribe could be earned for 25 Cryptokeys or

100 CODPoints and gave the player a guaranteed Calling Card from one of the Black Market's collector's sets.

Daily Contracts reset every day at 10AM PT, and reward 10 Cryptokeys upon completion. Weekly Contracts reset every Monday at 10AM PT, and consist of two separate contracts, which reward 30 Cryptokeys and a Mercenary Contract upon completion of both. Mercenary Contracts allow usage of Blackjack himself as a Specialist in-game, with each contract worth 60 minutes of game time. These can be stacked over time, allowing for longer game time.

Special Contract, as of now, includes a few contracts. Each contract will have to be activated before progress will start to track and only one can be active at once. If a player activates a contract while another is active, the original contract will reset its progress.

The first contract  is called "Total Victory", which rewards players with a bundle of 10 Rare Supply Drops, as well as a Weapon Bribe, upon completion. To complete this contract players will need to win 75 games.

The second contract is the "Mercenary Contract". With this players can purchase a Blackjack token for 90 cryptokeys which grants one hour of gametime with Blackjack as a Specialist.

The third contract is the "Calling Card Contract", which has 6 sub-contracts. Each of these 6 contracts will reward a calling card and once all 6 are obtained, a seventh, animated calling card is unlocked. All the calling cards are 8-bit versions of Specialists.

The fourth and final contract is the "Tools of the Trade" Contract. To complete this, players will need to get 200 kills with Specialists weapons. Upon completion the player will receive the "Underworld" camo which can be found under the "Extra's" tab.

The Black Market in Call of Duty: Black Ops 4 is extremely different from the one found in it's predecessor. There are three different sub-menus that allow players to earn/buy cosmetics and other items in the game.

Blackjack's Shop is a sub-menu found within the Black Market, which allows players to directly buy cosmetic items using COD Points. The selection from which to buy rotates every 24 hours, ensuring there is always something new to buy. It is intended as a replacement for traditional Supply Drops. As of Operation Grand Heist, it includes Special Orders. Operation Grand Heist has also introduced a feature known as "My Deals", which are daily, random offers that the shop will offer to a player. No player's offers are alike, meaning that each player will have a different item every single day.

The Supply Stream (or Contraband as of Operation Grand Heist) is a brand new feature introduced within Black Ops 4 that features a steady stream of both buyable and earnable items, which are locked behind "Tiers". Each Tier, and the item residing within can be unlocked by either spending COD Points, or by simply playing Multiplayer or Blackout. The Supply Stream contains Reserves (random stickers, emotes and calling cards), Masterwork Weapons, cosmetics, and even features skins of various Black Ops characters that are usable in Blackout, such as Jason Hudson, Ultimis Nikolai Belinski, and Ultimis "Tank" Dempsey. The player is also given a "Daily Tier Skip" that will automatically give the player a Tier by either winning a match in Multiplayer, earning a Merit in Blackout, or reaching round 15 in a Classic game of Zombies. It resets every 21 hours.  The Supply Streams content rotates every couple months with an event known as an "Operation". There are a total of 6 Operations in Black Ops 4; Operation: First Strike, which contained 200 unique tiers, Operation Absolute Zero and Operation Grand Heist which had 100 tiers, Operation Spectre Rising which had 50 tiers, Operation Apocalypse Z which had 40 tiers and Operation Dark Divide, which had 50 tiers. After reaching the final tier of the Operation, the player will unlock the Black Operations stream and will continue earning Tiers that contain exclusively Reserves. 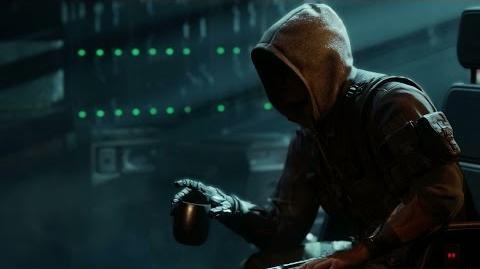 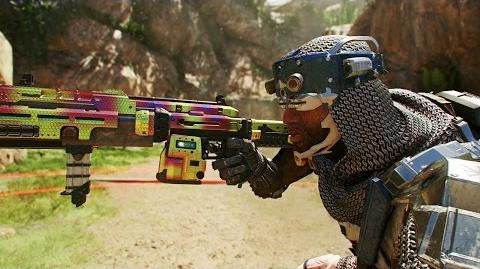 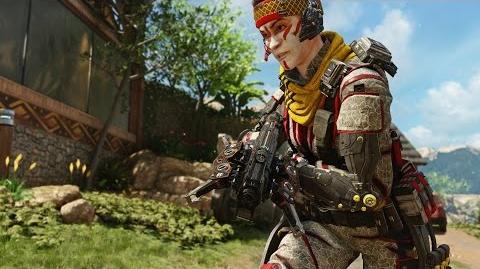 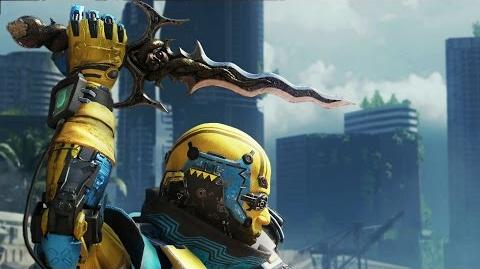 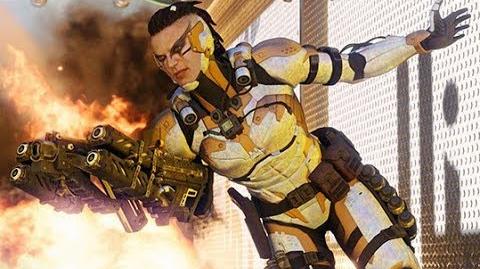 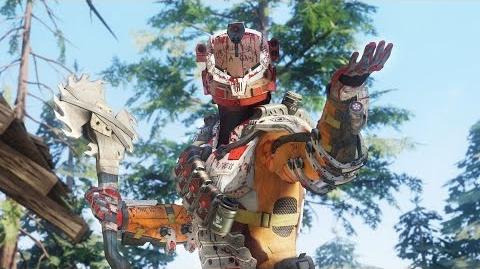 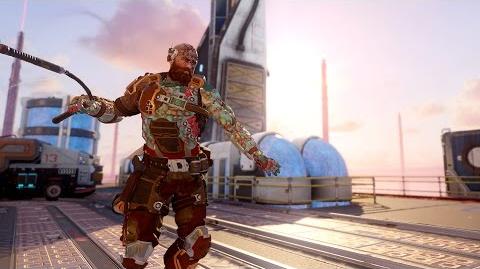 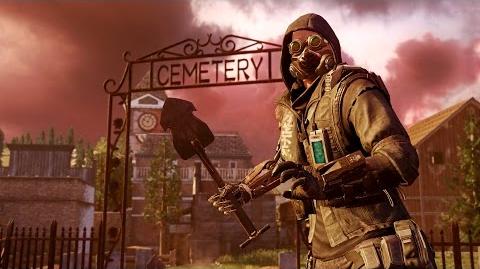 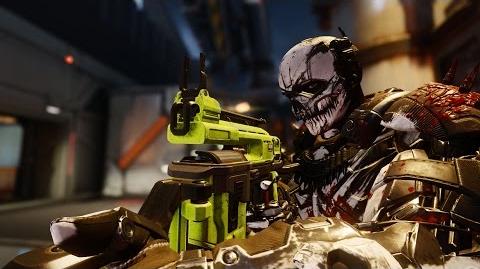 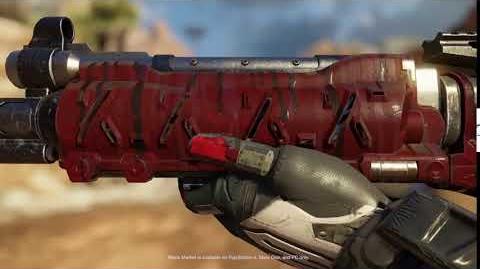 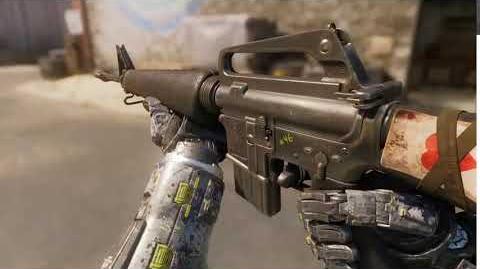 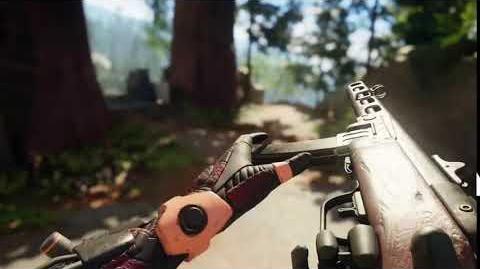 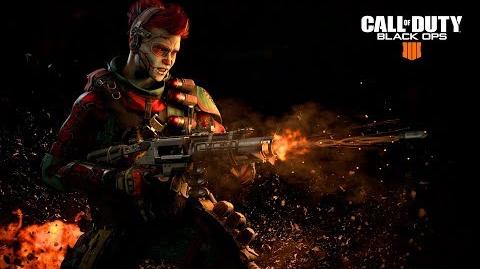