"Black Tuesday" is the second mission of Call of Duty: Modern Warfare 3. The player takes control of Derek "Frost" Westbrook, a Delta Force operator in New York. The objective of the mission is to destroy a Russian radio/microwave jammer placed on the Stock Exchange. Once the jammer is destroyed, the player will be extracted by a Black Hawk and must duel against Russian helicopters to reach New York Harbor, the location of the next mission.

The level begins with the player, Sgt. Derek "Frost" Westbrook, and Sandman climbing from the wreckage of an overturned Humvee in Manhattan. They emerge to find themselves and a friendly Stryker battalion under attack, by Russian infantry and vehicles. The battalion fight their way up the street, past heavy resistance, and meet up with a convoy of Strykers at the corner of Exchange and Broadway.

Frost, Sandman, and the convoy are then ambushed by an Mi-24 at an enemy roadblock, forcing the team of Deltas to circumnavigate the road block and enter another building. After they clear the shop and alley, they meet with Grizzly and his team, as they fight in front of the Stock Exchange.

) - Complete "Black Tuesday" on any difficulty.

This Is My Boomstick (20 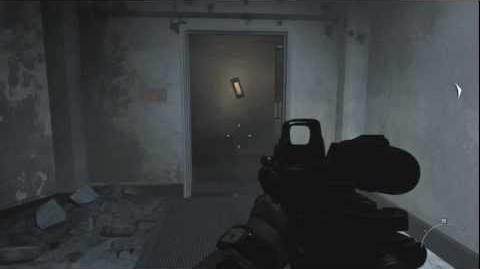 Retrieved from "https://callofduty.fandom.com/wiki/Black_Tuesday?oldid=2150702"
Community content is available under CC-BY-SA unless otherwise noted.