"Crouch then uncrouch to dash through enemies in a blaze of fire, killing and knocking them back. Stay crouched to charge for more distance. Jump to cancel charge."
— Description

Blaze Phase is a Perk featured in Call of Duty: Black Ops 4 Zombies. It was added in conjunction with the release of the map Tag Der Toten.

It appears as a Perk Vapor within Voyage of Despair, IX, Dead of the Night, and Ancient Evil, and as a traditional Perk-a-Cola within Blood of the Dead, Classified, Alpha Omega and Tag Der Toten.

With Blaze Phase active, when the user crouches, the area around them will glow orange with the sound of steam boiling over until the screen starts to burn around the edges. Uncrouching during this will send the user straight forward at extreme speeds, killing or knocking down zombies in the way. After this, the perk will be in cooldown and cannot be reactivated until fully charged.

While Blaze Phase is under the Modifier slot and with all four perks active, it gains the ability to be charged into an additional state, changing the hue of the aura to that of blue. When discharged at this level, the dash itself becomes infinite in range and will only stop on impact with a surface. 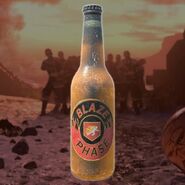 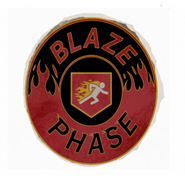 The Blaze Phase perk label in the files.

Blaze Phase statue in use.