"Meet back at the jeep when you've done your sweep."
— Sgt. Moody at the start of the mission

"Bois Jacques" is the first campaign mission in Call of Duty: United Offensive. The player assumes the role of Corporal Scott Riley, a member of the 101st Airborne Division.

The mission starts out with Sgt. Moody, Ender and the player, Pvt. Riley, accompanied by a few other members of the 101st Airborne Division, on a jeep patrol. Sgt. Moody tells the soldiers to scout ahead, doing so the members of the 101st discover an incoming German advance. They fight their way back to their jeeps, but during their retreat half of the patrol is killed leaving only Moody, Ender and the player. The player then hops into the jeep and takes control of a mounted M2 Browning Machine Gun. The 3 remaining members of the patrol drive behind enemy lines, avoiding many dangers to get back to their headquarters, to bring word of the enemy advances. Almost to the headquarters, Ender takes a bullet into his left arm and begins to bleed out. When Moody, Ender and the player finally make it back to HQ, Ender is treated for his wounds, but is never seen again. Moody and the player then bring word of the German advance to Captain Foley.

After Moody and the player inform Foley of the incoming German advances, the player is told to dig into a foxhole with Private Anderson. While the player and Anderson make their way to their designated foxhole, the American line is pounded by heavy artillery killing many soldiers. Once Anderson and the player get to their foxhole, enemy troops begin to roll in from across an open valley, enemy armor also begins to advance onto the American defenses, the player would make wise use of the Browning M1919 found in the foxhole, to quickly cut down the incoming Germans.

After the first few waves of Germans retreat, Sgt. Moody approaches the player and tells him/her to come with him to a new foxhole, where they are instructed to use a Springfield to snipe incoming German forces.

After this the player is instructed to move farther down the line to halt an incoming German armor advance. Here the player will find many Bazookas. Other members of the 101st will also pick up Bazookas to help the player push back the incoming armor. After around 5-6 Panzers are eliminated, another large wave of them will advance toward the player, only to be destroyed by incoming group of Shermans. Moody will then remark, as the screen fades to dark and other soldiers jump and cheer, "Damn tankers! Show up late and take all the credit!" 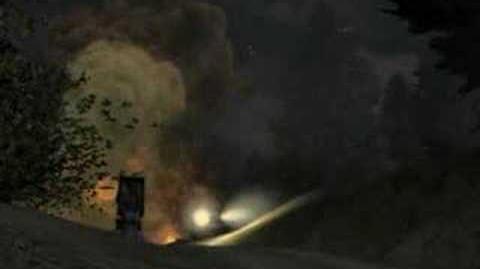 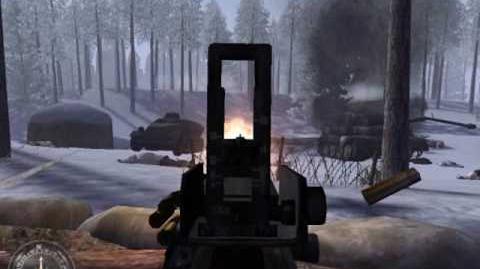 Retrieved from "https://callofduty.fandom.com/wiki/Bois_Jacques?oldid=2488657"
Community content is available under CC-BY-SA unless otherwise noted.