For an enemy with the same name, see Bomber (Extinction).

Squadron of B-17 Flying Fortress bombers

Somewhere over the English Channel

Defend the B-17 Flying Fortress while on a routine bombing mission.

"Bomber" is the fifth mission in the Call of Duty: United Offensive campaign. It is also the first mission of the British campaign.

The mission starts within an American B-17 Flying Fortress that was given to the British as James Doyle.

As Doyle approaches the cockpit, they will be advised by a fellow crewman to head up to the dorsal turret before the skipper gets mad. Once James arrives and enters the dorsal turret, there will be a weapon check.

As the player's squadron reaches the coast of Holland, the squadron is bombarded by flak and flanked by Luftwaffe pilots, causing a pipe to burst, only to be fixed by Sgt. Doyle.

After a few minutes of assault from the Luftwaffe and another burst pipe, Doyle is given a new task to head to the bomb bay and use the manual crank as the doors to the bomb hatch have jammed and they are unable to drop the payload.

Doyle manages to get the jam fixed and allows the payload to fall only for fire to start up within the rear fuselage, which Doyle is tasked with extinguishing. On way to get a near by fire extinguisher, Doyle is jolted out of the bomber, tumbling for a bit before deploying his parachute.

M2 Browning Machine Gun
Add a photo to this gallery

The player starts fighting the Luftwaffe with the dorsal gun.

The player is ordered to head to the tail gun.

The player can use the gun facing 9 O'clock to fend off the Luftwaffe when the pilot yells "Enemy planes 9 O'clock!"

BF109s attacking B17
Add a photo to this gallery 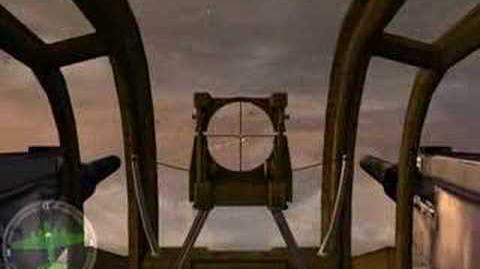 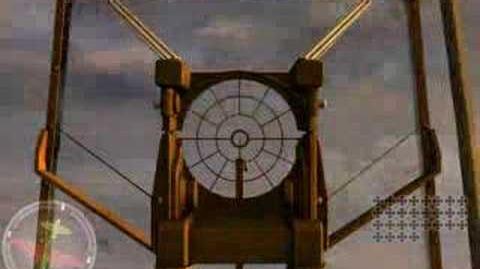 Retrieved from "https://callofduty.fandom.com/wiki/Bomber_(United_Offensive)?oldid=2464829"
Community content is available under CC-BY-SA unless otherwise noted.