Bootleg is a map in Call of Duty: Modern Warfare 3. It is playable in Multiplayer and Spec Ops Survival. It takes place on the urban streets of Bangkok, Thailand during a rainy night.

Bootleg is a large sized map with many long and narrow passages. Much of the combat takes place in a two-storied building with an open lobby that has entrances from three cardinal directions. Outside to the north is a street with long sight lines, great for attracting snipers. On the south end side of the map is an alleyway that is crowded with boxes and crates. The main spawns are on either side (east and west) of the main building.

In Survival Mode, Bootleg is a Tier 3 map and has the difficulty of Hard. Players start with the MP412, two Flash Grenades, a Self Revive, and 250 Armor. The hostiles include Bomb Squads, Claymore Experts, Choppers, and Riot Shield Juggernauts. The weapon armory is located in the middle of the map, the equipment armory is located in the alleyway to the right of the spawn, and the air support armory is at the market, near the chickens.

Inner Circle on Bootleg in early stages of the game. 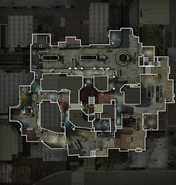 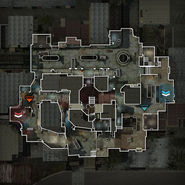 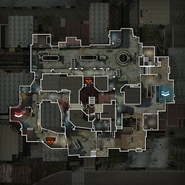 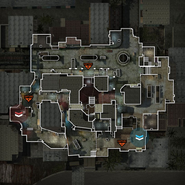 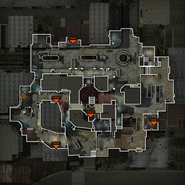 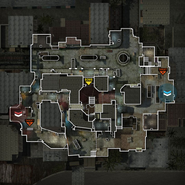 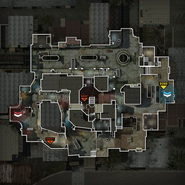