For other characters, see Miller.

"I've seen things that no training can prepare you for, that I know of. I look at the faces around me, and I know that nobody expected anything like this."
— Private Miller.

Private First Class C. Miller is a United States Marine that served in World War II in the Pacific theater. He is one of the three playable characters in the Call of Duty: World at War campaign.

Miller, along with Roebuck and Sullivan, fought in Guadalcanal in September 1942 - January 1943, as seen in the cutscene for Semper Fi. Miller is first seen in-game on Makin Atoll in a Japanese base. Prior to that, Miller was part of a Marine Raider team that landed on Makin Island and was captured by Japanese forces and brought to the Japanese base. Miller witnesses fellow Marine Pvt. K. Pyle have his throat slit by a boot knife after he spat at a Japanese Officer's face. Before the Japanese could execute Miller, he was rescued by Corporal Roebuck, Sergeant Tom Sullivan, and other Marine Raiders when Roebuck impales Miller's assailant in the back with his knife and Sullivan strangles the Japanese officer. Miller and the Marines damage the Japanese forces stationed on Makin Atoll and move to the extraction point. However, Miller is knocked to the ground by an explosion and is attacked by a Japanese soldier but is saved by Sullivan and is dragged onto a boat.

Years later, they fought at Cape Gloucester in late 1943 to early 1944, as seen in the cutscene after Semper Fi. Miller, Sullivan, Roebuck, teen recruit Polonsky and elements of the 1st Marine Division storm the white beach of Peleliu Island to make way for Allied forces. However, in the final stage of taking the beach defenses, Sullivan is killed by a Banzai Charger with Roebuck being promoted to Sergeant. Miller and the Marines then secure Peleliu Airfield and crush the remaining Japanese forces.

Seven months later, Roebuck, Polonsky, and Miller take part in the invasion of Okinawa. Despite being low on supplies, Miller and his squad decimate the Japanese forces at Wana Ridge. Then the 1st Marine Division storms Shuri Castle, the last Japanese stronghold on the island. Late in the battle, Miller's squad comes across Japanese soldiers attempting to surrender. It turns out to be a clever trick when they assault Roebuck and Polonsky, who were trying to secure them. Polonsky/Roebuck is killed when a grenade goes off killing him and the Japanese soldiers. Miller along with Roebuck/Polonsky and the remaining Marines are engaged by numerous Japanese forces. After the battle, Roebuck/Polonsky hands Miller Roebuck/Polonsky's dog tags, and Roebuck's voice can be heard in the background, saying that they could all go home.

Miller's dossier, as shown before being rescued in Semper Fi. 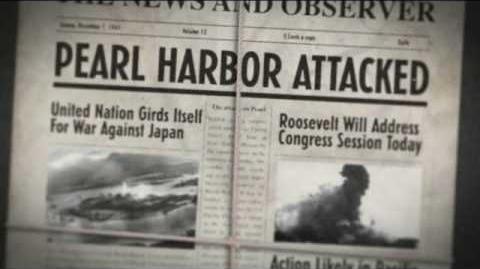