Call of Duty Wiki
Register
Don't have an account?
Sign In
Advertisement
in: Call of Duty: Black Ops Mobile, Games 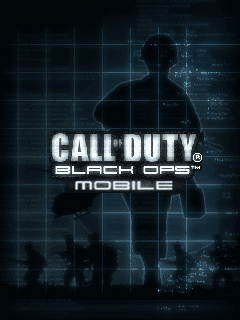 The game is set in Vietnam, in 1967. The main character is Sergeant First Class William James Bennett, although in some levels the player will be able to control Agent Al McLeary and Lieutenant Leland Whickam.

The game begins on September 7, 1967. United States intelligence reports that the NVA is preparing a large-scale surprise attack against the troops on the Quang Tri province. Being short of operatives, Command summons the Studies and Observation Group to infiltrate and disrupt the enemy supplies in order to slow down the NVA.

The platoon, commandeered by Brandon Cornelius Stafford, is inserted in the middle of the jungle. The first objective of the group is to complete a reconnaissance patrol on the surrounding areas of the LZ. The platoon eliminates the enemy forces on the area and return to the LZ. After the arrival of more helicopters, Stafford orders Bennet to take some people to secure a nearby village. While on the way to the village, one of Bennet's men steps on a mine and gets killed. Upon arriving to the village, Bennet almost gets pinned down by an NVA platoon, but a UH-I Gunship flies above the enemy position, gunning the enemies down. Bennet reaches a tunnel entrance and uses it to access the cave-systems. While inside, he evades some traps and eliminates enemies on his way. Back in the surface, the platoon realizes it was all a set-up, and the NVA has destroyed almost all of their helicopters, except one, which they use to escape.

The team's chopper is ambushed while on the way back to base and they have to crash land due to the extensive damage taken by the chopper. The survivors try to defend the crash site, but they are eventually overrun, Stafford is killed and Bennet is taken prisoner.

After 2 weeks in a underground NVA prison, Bennet frees himself from his cell on an underground base and makes his way back to the surface, where he manages to shoot his way out of an NVA base. Once outside and in the middle of the jungle, Bennet finds Lieutenant Whickam and his men. While at first doubtful, they eventually allow Bennet to come with them. The squad explains to Bennet that they have been looking for a way to return to base, but they have only found enemies so far. The squad runs into an NVA patrol, which they eliminate, and decide that they have to deceive the rest of the enemy forces, a job that agent McLeary performs. Then, the squad takes a boat away from the NVA and uses it to move down river. After hitting some more NVA bases and setting free the captives held on them, the squad retake a UH-1 Iroquois and arrives to a village, where they are able to call for extraction using a radio transmitter. Before the helicopters arrive, the squad destroys the bridges in order to slow the enemy advance. Within minutes, UH-1s arrive and successfully extract the squadron, ending their nightmare.

The game main weapon is the M16A1, which cannot be traded off. However, in some missions, the players gains control of other weapons. 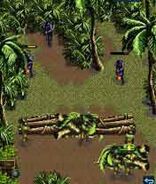