Call of Duty: Devil's Brigade[2] was a canceled third-person shooter for the Xbox 360, PS3 and PC developed by Underground Development. The game was set in World War II, focusing on Italy. In the game, the D-Pad was used to direct orders to the player's squad. These commands were: Assault, Barrage, Hold the line, and Form Up. One screen also showed the player giving a squad member the order to stealth kill an enemy soldier. 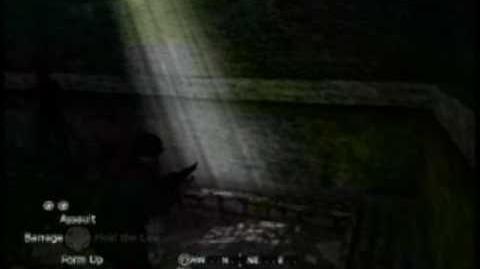