"THERE'S A SOLDIER IN ALL OF US."
— Series tagline

The series was published by Activision and most of the games have been developed by Infinity Ward and Treyarch, though some were developed by Amaze Entertainment and Gray Matter Interactive Studios. More games are expected to be released on a yearly basis with Infinity Ward, Sledgehammer Games, and Treyarch interchanging as producers each year. This has been in effect since the release of Call of Duty: Ghosts, replacing the old system of only Treyarch and Infinity Ward interchanging as main developers each year.

Call of Duty, the first installment in the series, won over eighty Game of the Year awards in 2003. In 2005, Call of Duty 2 was the first Xbox 360 title to sell one million copies and was the bestselling game of that year. In 2007, Call of Duty 4: Modern Warfare was a critical and commercial success, being the bestselling game of 2007 and having sold 10 million copies by June 2008. In 2009, Call of Duty: Modern Warfare 2 broke the record for highest gross from a form of media's first day on the market, bringing in $310 million in the United States, United Kingdom, and Australia alone, beating Grand Theft Auto IV's record of $310 million worldwide. However, the highest revenue generated by an entertainment product in 24 hours is now held by Grand Theft Auto V at $800 million, $300 million more than Call of Duty: Black Ops II.[1] Call of Duty: Ghosts was predicted by Activision to surpass this record,[2] although did not succeed. Call of Duty: Advanced Warfare, the first Call of Duty solely developed by Sledgehammer Games, broke new ground in the franchise by introducing a setting far into the the future with a futuristic movement system, and was highly acclaimed and was the top selling game of the year.[3] Call of Duty: Black Ops III was the biggest entertainment launch of 2015.[4] Call of Duty: Infinite Warfare took the franchise to space and was released along with Call of Duty: Modern Warfare Remastered, and became the top-grossing game of 2016, with both games receiving acclaim by critics and fans alike.[5]

Overall, the franchise has earned over $15 billion since the first installment in 2003,[6] with cumulative sales exceeding 300 million copies.[7]

The series has been referred to and parodied by many television shows, including Chuck,[8][9] NCIS,[10] The Whitest Kids U' Know, The Daily Show with Jon Stewart,[11] Breaking Bad,[12] Marvel's Agents of S.H.I.E.L.D. (in two episodes),[13] Helix,[14] Outsiders,[15] House of Cards,[16] Sons of Anarchy, and Mr. Sark of X-Play listed it as his second favorite shooter series, saying "I like war movies, so I like Call of Duty."[17] It has also been referenced in some movies, such as The A-Team[18] and G.I. Joe: Retaliation.[19] Additionally, video games such as Battlefield Hardline[20] have referenced it too. Plus, it has been mentioned in some commercials, such as in a commercial for the Samsung SUHD television. 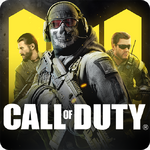 Call of Duty: Black Ops Cold War
(2020)
Add a photo to this gallery

Retrieved from "https://callofduty.fandom.com/wiki/Call_of_Duty_(series)?oldid=2527626"
Community content is available under CC-BY-SA unless otherwise noted.