For the similar event, see Call of Duty XP.

The Call of Duty Championship is an eSports event, organised by Activision and XBOX (Microsoft).

"In Call of Duty eSports, four-player teams compete head-to-head in intense objective-based game modes. Building on the core Call of Duty Multiplayer experience that millions play online, the eSports variant uses a competitive ruleset that is enjoyable to both watch and play. Call of Duty eSports exists at many different levels, from casual online sessions at home to organized competitions at public venues. At the highest level, Call of Duty eSports tournaments are seen around the world by hundreds of thousands online, with the best professional teams competing for million dollar prize pools."
— Official Site Description 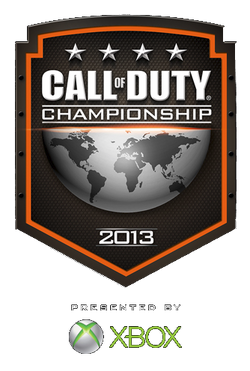 32 6-player teams will have the opportunity to compete for $1,000,000 in the worldwide Call of Duty: Black Ops II tournament, taking place in Hollywood, California, on April 5th to April 7th over Xbox 360.

Teams competing in the recently announced MLG 2013 Pro Circuit featuring Call of Duty: Black Ops II will vie for a chance to enter the Call of Duty Championship. At the MLG Winter Championship, March 15-17, in Dallas, Texas, the top eight teams will earn trips to Hollywood to play against the best Call of Duty players in the world. Joining them will be eight winning teams from the ESL’s European Finals taking place March 16-17 in Cologne, Germany. Additionally, eight seats in the 32-team tournament will be made available internationally across Asia, Australia, and Brazil.

Slots are also open for ELITE members that are in League Play. Once registered, teams of four can vie for entry into the Call of Duty Championship by competing in the February season of League Play in Call of Duty: Black Ops II on Xbox LIVE, which starts on February 1st. Following the close of the February season, the top eight eligible teams in the Master Division will earn the final eight spots in the championship. 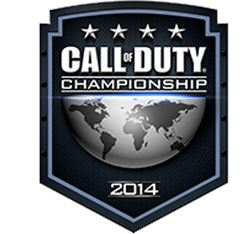 "The Call of Duty Championship, presented by Xbox in partnership with Major League Gaming (MLG), Gfinity and ACL Pro returns to Los Angeles from March 28-30. The tournament will feature 32 of the best Call of Duty teams from around the globe competing for $1 million in prizes and the tile of “World Champions”. Fans can watch all the action LIVE via www.MLG.TV and Xbox Live."
— Official description

Teams will earn their spots through a range of qualifying events, starting with online qualifiers on www.MLG.TV and other sites, and concluding with live regional finals across the globe. Teams can register now for two US online competitions with the top eight teams from each qualifier advancing to the Call of Duty US Championship on March 8 and 9 at Full Sail University in Winter Park, Florida. The top eight teams at the US Championship will move on to the Call of Duty Championship in Los Angeles. See below for a full schedule of events, as well as rules and registration links. All regional finals will be broadcast via MLG.tv. 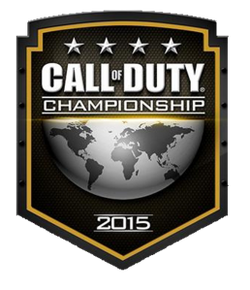 "The 2015 Call of Duty® Championship, presented by Xbox will take place March 27-29 from Los Angeles. An annual competition featuring the very best in Call of Duty eSports, 32 teams from around the world will compete for a $1 million dollar prize pool and the title of World Champion.

To decide the competitors, a range of qualifying events in February and early March will take place in Asia, Australia, North America, South America, and Europe. From these competitions, 32 teams will earn the right to compete for the World Championship in Los Angeles. Selected regional finals in Australia, Brazil, the United Kingdom, and the United States will be broadcasted online"
— Official Site Description 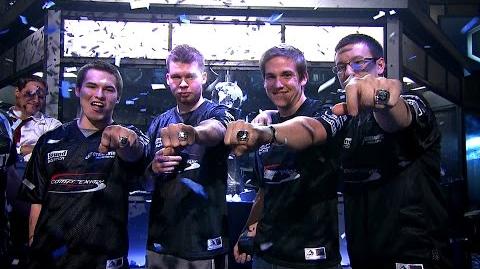 Retrieved from "https://callofduty.fandom.com/wiki/Call_of_Duty_Championship?oldid=2189823"
Community content is available under CC-BY-SA unless otherwise noted.