Leader of the Maquis

"The Garrison is run by SS-Und Polizeiführer Heinrich. When he couldn't find me, he came for my parents. Then my husband. And finally my son. Tonight everything we've lost, everything we fought for, will mean something. Tonight we take back our city."
— Rousseau to Daniels.

Camille "Rousseau" Denis is one of the protagonists[1] and French resistance fighter featured in Call of Duty: WWII. She is described as "a powerful female leader" of the French Resistance.[2]

She is playable in the first half of the mission "Liberation".

Camille Denis was born on May 26, 1925, in Allègre, France to unnamed parents. Camille married an unnamed man and they conceived a son. During World War II, Nazi Germany took France by force. Camille's parents, husband and son were killed by SS-Police Leader Heinrich, who took pleasure in doing so.

Camille swore revenge on the Nazis, leading the French Resistance to fight against them, and eventually liberate Paris. She took the codename "Rousseau" to hide her identity, she allied herself with the S.O.E., meeting Arthur Crowley and Vivian.

In the mission S.O.E., Camille and the S.O.E. wanted to secure a German train that carried V2 rockets to gain papers to disguise themselves to infiltrate the German headquarters in Paris. Crowley and Vivian worked with the 1st Infantry Division, led by 1st Lieutenant Joseph Turner and Technical Sergeant William Pierson. Though successful, the train was destroyed due to work of Private First Classes Ronald "Red" Daniels and Robert Zussman. Rousseau saved the two from a German soldier, telling them their squad was posted out from the wreckage. The trio defeated German patrols and made it to the group, leaving before more Germans came to the area, but not before having the group search the wreckage for the papers they needed.

In Liberation, Rousseau, Crowley and Vivian disguise themselves to enter the Nazi headquarters in Paris. Rousseau disguises as Gerda Schneider to collect a briefcase armed with explosives from their informant, Karl Fischer. Inside, she asks German officers of the code word of French poetry and asking where Fischer is. Meeting with Fischer, he tells her that she will have to wait due the Gestapo investigating him and tells her to meet him in the war room. Rousseau meets with Heinrich, who knows it her and gloats over killing her family. Attempted to kill her, Rousseau kills Heinrich with broken glass from the water pitcher. While killing him, she tells him that she is doing this for her comrades, son, and herself.

Rousseau makes it to the war room and does the switch with Fischer, who is accused of being a traitor. While leaving, a German officer asks for her papers, but is stopped by Crowley, who kills him. The two make it outside as Rousseau plants the charges on the doors. Signaling the explosion, the French Resistance and Turner's squad make the assault. The group manage to liberate Paris, as Rousseau celebrates, finally achieving her goals. 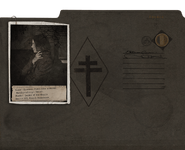 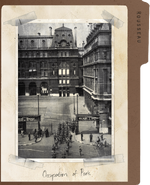 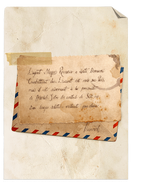 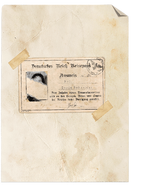 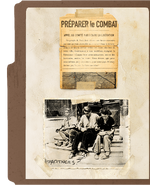 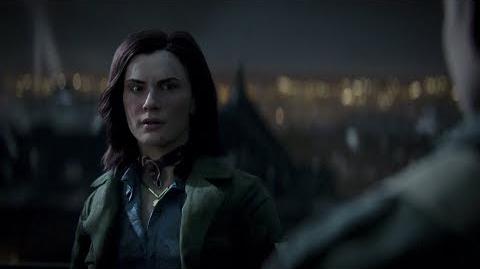