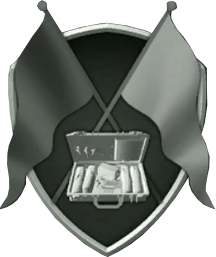 In Call of Duty 3, Capture The Flag plays like all other game modes; with the exception that, if the player is carrying the flag, he cannot use his weapons, but can still perform melee attacks with the flag, which becomes a one-hit kill.

[[Video:HD MW2 - Capture The Flag 26-0 Flawless - 1 -|thumb|right|300px|Capture the Flag on Underpass in Modern Warfare 2.]] Capture the Flag is a game mode in Call of Duty: Modern Warfare 2. It was once removed but later added back to the game, most likely due to the many complaints from fans. The only changes are that the player can see which players are holding the flag, and now takes only one second to steal. It has also been updated from the CTF version in Call of Duty: World at War so that now its harder to be spawn killed by being spawned at the point furthest from the player's enemies and closest to the flag. Also, tiebreakers are settled by a sudden death overtime in which the first team to touch the enemy flag wins the game. 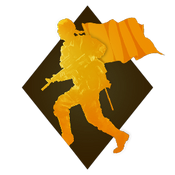 "Get the enemy flag and return it to yours to capture it."
— Game Mode Description

Capture the Flag is yet again a multiplayer game mode, in Call of Duty: Black Ops. The main objective is to grab the enemy flag and return it to the player's allied base. To capture a flag, the player must simply run over his own team's flag, whilst holding the enemies' flag.

Unlike its console counterparts, instead of each team having possession of a flag and the objective is to capture the opposing teams flag, the DS counterpart features a randomly generated flag on the map where the players must fight in a free for all to retrieve it to their capture points, when in possession of the flag, the player's movements are slowed down to a walk making them extremely vulnerable, if the player is killed they drop the flag ready for pickup from another player. A total of six players can go head to head in "Capture the Flag".

In "Team Capture the Flag", as the name implies, is a team effort of capturing the randomly generated flags. Two capture points (mainly red and blue) and two teams of preferably three. The rules generally stay the same as in "Capture the Flag".

Time limits and point limits can be set by the host of the match, and in case of a draw, the player/team who captured a flag first wins.

Capture the Flag makes a return in Call of Duty: Modern Warfare 3. It is more reminiscent of the Call of Duty: Black Ops variant than that of Call of Duty: Modern Warfare 2; the game is split into two rounds and one overtime. The team with the most round wins at the end of the game wins. To win a round, a team must capture 3 enemy flags or have more captures than the other team when the round timer ends. Sides then switch and the same process is repeated. If, at the end of two rounds, the teams are tied (both teams winning one round each or two draws), the game goes into overtime in which the first team to capture the enemy flag (bring it back to their base) wins the match. If nobody captures the flag in overtime, the match is a draw.

Capture the Flag returns in Call of Duty: Black Ops II, with a minor difference, the overtime goes for two rounds, alternating sides if neither team captures the flag.

CTF BOII.png
Add a photo to this gallery

Retrieved from "https://callofduty.fandom.com/wiki/Capture_the_Flag?oldid=1830336"
Community content is available under CC-BY-SA unless otherwise noted.