A large open middle area surrounded by bombed out buildings

Cassino is a Call of Duty: United Offensive and Call of Duty 2: Big Red One multiplayer map based on Monte Cassino in Italy, the site of one of the most famous battles in World War II.

This is a long range map with some pockets of cramp buildings. Sniper Rifles and semi-automatic rifles are perfect for this map. One can utilize automatic rifles and submachine guns in the bombed out buildings which flank for sides of the map and open area. There are two tank spawns, one per team. The tanks can be useful against infantry without anti-tank weapons, but because of the debris and buildings in the area, plus the Panzerfaust 60 spawn in the middle destroyed building, it can be difficult to use this armor to its full potential. Light machine guns are recommended for this map; setting up machine guns in windows and destroyed walls can be devastating to the players in the open area. It is relatively easy to flank the enemy because of buildings, but you would probably encounter them because they try to avoid the open area. The player can use the cover of roofs and upper floors to ambush or snipe other players, but this is easy kills for tanks.

The victory screen seen if the United States Army wins in United Offensive.

The victory screen seen if the Wehrmacht win in United Offensive. 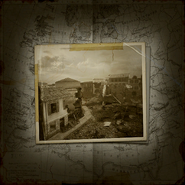 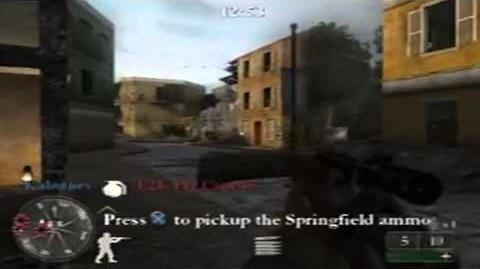