For other uses, see Alcatraz.
For the cut multiplayer map from Call of Duty 4: Modern Warfare, see Cellblock.

Cell Block is a location in Alcatraz Island and a playable map for the Grief game mode in Zombies of Call of Duty: Black Ops II.

The playable characters in Cell Block are the Alcatraz Guards and the Alcatraz Prisoners. Although the Hell's Retriever is unavailable in this map, feeding Cerberus enough zombies will make a Power-Up spawn and rise up from the large fiery pit underneath the floor.

The map features Brutus as the announcer of the mode.

Menu/world icon for Cell Block and Mob of the Dead. 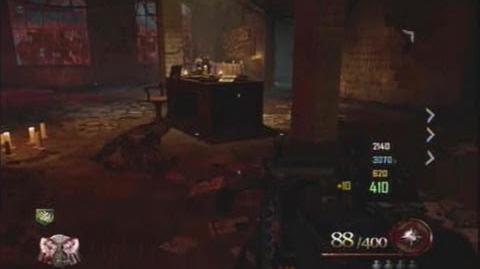