"Unless its snappin' at us, who gives a fuck about what the wolf's doin'?"
— Finn O'Leary

There are three dog-head markings on the wall across the map: in the Infirmary, in the Docks and on the Broadway, under Electric Cherry.

A head resembling a Hellhound will spawn on the wall when a zombie is killed near one. Cerberus will eat zombies killed near it (although if it is already eating one, it will not take a zombie killed during the eating process), and after it has eaten six zombies, it will vanish into the wall. After feeding each of the heads six zombies, a wall in the Citadel Tunnels will open, revealing the Hell's Retriever. One of the three heads is also featured in Cell Block, in the starting room (where the B23R is bought). Since the Hell's Retriever is not available in Cell Block, feeding Cerberus' head enough zombies will make a random power-up spawn and rise out of the lava pit below. 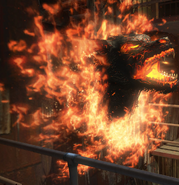 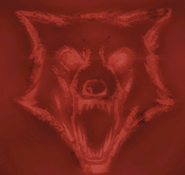