"The AC130 is called in to engage Russian forces, and provide cover for civilians being evacuated."
— In-game description

"Clearing Out" is the sixth campaign level in Call of Duty: Modern Warfare 3: Defiance. This mission consists of three major goals, all of which must be completed in an extremely timely manner (the entire mission lasts only 4 minutes total).

"That's one hell of a mess, but we'll take it over the alternative"
— Aerial Command to Thunder on completing the mission

The first goal that must be completed picks up right where the last mission left off. Bravo Team, Franks, Travis, and Ramirez need cover from approaching enemy convoy. Two Troop transports and one tank must be destroyed before the reach the group, or the mission is failed.

The second part of the mission takes the Thunder to at least 3 S.F.S.G. troops. They request for help in holding off an enemy assault composed of four tanks and several ground units. After this the S.F.S.G. troops need two enemy entrenchments removed, which must be destroyed. The first entrenchment is housing Russian Armor, and after Thunder gets permission, the green light to destroy the building is given. The second building is a building that has been fortified by Russians, and is thus made a target. This part of the level offers the most freedom to take time and aim, and may push the mission over the 4 minute mark mentioned earlier in the article.

The final part of the mission takes place in a business sector of the unnamed Nevada town. here, two buses full of civilians must be evacuated, and four troop transports and four tanks must be destroyed, in addition to many ground units, to provide this defense. The mission ends after both buses have been loaded and have begun to leave the town.

The Weapons that can be used in this mission are the AC-130's 20mm, 40mm, and 120mm. The weapons used by enemy infantry are unknown, and Sgt. Franks possess some form of sniper rifle (due to the previous mission requiring him to equip one).

Opening view of the level.

Picture of the allied complex.

A shot of four tanks preparing to attack an allied post. 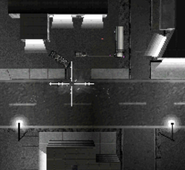 Civilians being evacuated on a school bus near some destroyed Russian Armor.

A Warehouse with Russian tanks. It has been marked for destruction via the flashing light (flare). 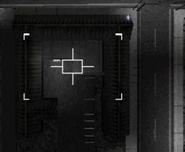 A flare marking a Russian Fortification. 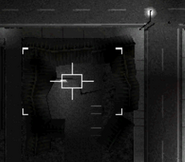 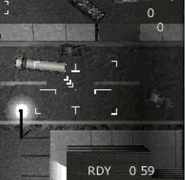 The first school bus escaping after civilians have boarded. 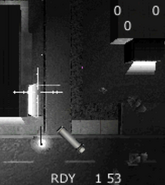 The second bus leaving.
Add a photo to this gallery
Retrieved from "https://callofduty.fandom.com/wiki/Clearing_Out?oldid=2504742"
Community content is available under CC-BY-SA unless otherwise noted.