"Settle in to your dome away from home in Climate—a lush climate-controlled bio dome. With a circular layout with a central island structure for teams to fight for control of, Climate keeps the pace of the action high. The tides can turn, however, when the rivers begin to rage and become a treacherous obstacle.﻿"
— Official Description.

Climate is a multiplayer map featured in Call of Duty: Advanced Warfare that was released in the Ascendance downloadable content pack. Players fight in a climate controlled Bio Dome.

The map's design layout is circular offering a variety of gameplay styles for players to flank enemies. Very brightly colored environments that make it easier to visually see enemies. It contains corridors of which players can use as an alternate route such as the rocky arches and accessible rooms under structures. Rocky architectures, building structures, platforms and trees serve as different grappling points making it more fun and fast pace. Sniper Rifles and Assault Rifles are very useful as the map also contains various long lines of sight. Gamemodes such as Hardpoint and Uplink will be very action packed.

These two main areas are heavily chaotic making it difficult to survive.

The Central Area/Middle which is a giant control center building along side the water purification tower. Under the building is an underground passageway that can be utilized as a defensive route. There are two bridges that are connected from the ground though players will be defenseless as there isn't enough coverage . Also, it is a very hazadrous location to be fighting in.

Five platforms behind several rock formations. The first four serve as jumping points that players can hop on and the fifth being a sniper point that has an accessible room underneath it. Most of the time, the fifth platform will be one of the dangerous to be in so staying above it will be a good source of coverage. This is also the second hazadrous area so players must keep on staying alert and be attentive.

These areas are still active but not heavily action packed.

There are different arches, trees, structures and rocks that serve as coverage. Players can go to the water however, it will slow them down so swimming may be an option. Altough, once the dynamic event occurs, it is most advisable to be above level then to be on it.

Three curved building structures at the right side that can be utilize as platforms or sniping positions. Not a lot of action occurs in the area but it'll likely be that a few players can venture in. 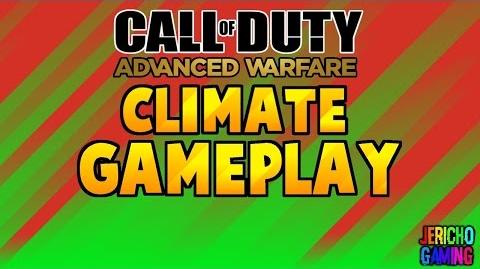