Combat Readiness Program is a new game mode that appears in Call of Duty: Advanced Warfare. It features players going against a mix of bots and other players. However, it is played "anonymously", as the game does not tell the players the names of each player (besides themselves) and of the bots. Unlike previous modes that featured bots, no XP is earned in this gametype. A few features from standard multiplayer are also absent such as no killcams, no match summaries and voice chat is disabled. Scorestreaks are also occasionally "gifted" to the player, allowing easy access to them for practice. [1]

The player is limited to a few set classes to choose from. All the classes have the same names as the default classes in regular multiplayer, but some classes have randomized weapons in them to some extent (like the Balanced and Run and Gun classes). 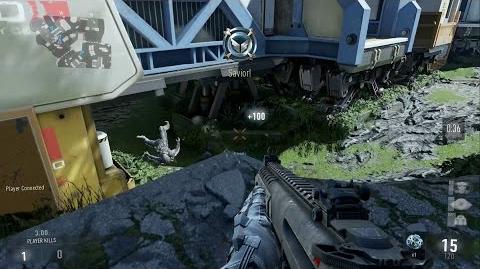 Retrieved from "https://callofduty.fandom.com/wiki/Combat_Readiness_Program?oldid=2218146"
Community content is available under CC-BY-SA unless otherwise noted.