Content Collection 2 is the second bundle of downloadable content for Call of Duty: Modern Warfare 3, available for the Xbox 360 Elite Premium Members on May 15, 2012, and for regular Xbox 360 users on May 22, 2012[1], while it was released on PlayStation Network between June 14-16, 2012 for Elite Premium members, and June 21 for regular PS3 players[2] and Steam[3]. It includes a new game mode called "Face Off", three mulitplayer maps, Sanctuary, Foundation, and Oasis, two Special Ops missions, Iron Clad and Kill Switch, and two Face Off maps, Getaway and Lookout.

Aground
Add a photo to this gallery 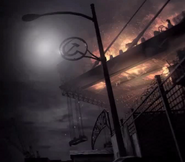 Kill Switch
Add a photo to this gallery

Getaway
Add a photo to this gallery

Retrieved from "https://callofduty.fandom.com/wiki/Content_Collection_2?oldid=2144404"
Community content is available under CC-BY-SA unless otherwise noted.