Ground missile site with its silos opened, missile vehicles scattered around and hangars located around the map.

Countdown is a map set on a missile launch site. There are several hangars situated on the outskirts of the map, which serve as main spawn points. There are also many vehicles as well as blast shields and concrete barriers which offer cover in the what would be rather open map. There are also a few uncovered silos, which will kill players who fall in.

Many players tend to climb onto silo covers, missiles, and trucks as they provide advantageous vantage points. Though they are often quickly taken out after a few kills because their field of view is very wide.

Countdown appears in Old School Mode as a supported map. It features a total of 10 sprites.

The crashed Mi-24 Hind on Countdown.

A view of Countdown in Call of Duty: Modern Warfare Remastered. 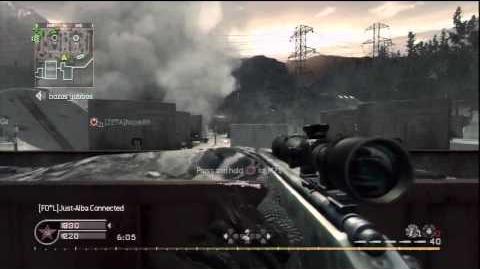 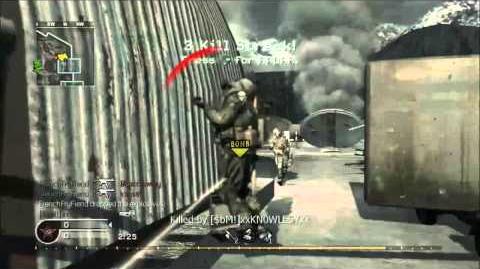