For the similar killstreak, see Counter-UAV.

The effect is the same as the Counter-UAV from Call of Duty: Modern Warfare 2 and 3. When in effect, enemies' minimaps will be covered with static. Like the Spy Plane, it can be shot down. They can be distinguished from regular spy planes in the air because they fly counter-clockwise.

The Counter Spy Plane appears in Call of Duty: Black Ops as a 4 killstreak. When called in, it obscures every map an enemy player has with static, although the outline of the map is still view able in the pause menu. This also means that when calling in a killstreak which requires a map (such as a Napalm Strike) the map will also be covered in static making it very hard to accurately place the strike. Similarly, the Counter-Spy Plane has the ability to mask the position or presence of incoming hostile kill-streaks such as Napalm Strike, Rolling Thunder, Mortar, Chopper Gunner and similar items which have a unique icon on the mini-map, making their approach unpredictable. The Counter-Spy Plane also greatly slows down an enemy team, as they have to rely on their eyes and ears purely to locate enemies. 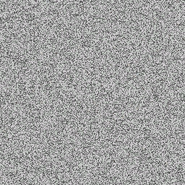 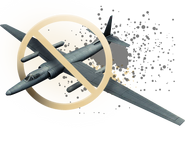 The Counter-Spy Plane returns in Call of Duty: Black Ops: Declassified, again as a 4 killstreak with the same effect.

The Counter-Spy Plane returns in Call of Duty: Black Ops Cold War as a scorestreak.

When called, the aircraft will jam the enemy player's minimap for 20 seconds unless Spycraft is equipped. The scorestreak can also jam enemy SAM Turrets, deactivating them as long as the plane is in the map's airspace.

Unlike previous iterations, the Counter-Spy Plane now takes 2 rockets to fully destroy it.

"Calls in a counter spy plane which obscures the minimap for all enemies. Can be shot down."
— In-game description

The Counter Spy Plane returns in Call of Duty: Vanguard as a Killstreak.

This killstreak disables the ability for enemies to call in certain killstreaks; those being the Intel, Spy Plane, an enemy’s Counter Spy Plane, Glide Bomb, Bombing Run, and Local Informants.