Call of Duty Wiki
Register
Don't have an account?
Sign In
Advertisement
in: Articles to be expanded, Call of Duty: Black Ops Multiplayer Maps
English

Crisis is a medium-sized multiplayer map featured in Call of Duty: Black Ops.

Crisis takes place in a hidden missile facility in Cuba, featuring intense indoor and outdoor battles. This map has a similar environment to Jungle, but with more buildings and a beach. Judging from the landing craft on the beach and the Op 40 spawn, the map seems to be a location of the Bay of Pigs invasion. Like many of the maps in Call of Duty: Black Ops, there are areas in which battles are common. These are the second floor of the main building, the sniper mountain at the top of the hill, and the building in front of the main building with the rocket-head inside. 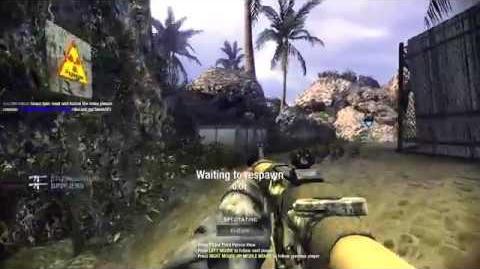