"Cyborg Evacuation explores the origin of the Cyborg threat, as players face waves of dangerous, Cyborg enemies and search for survivors to save along the way."
— Derek Racca, Production Lead of Raven Software

Cyborg Evacuation, also known as Evacuation, is a game mode featuring a maximum of 6 players in Call of Duty Online. Players need to protect and rescue survivors from the attack of Cyborg Zombies.[1][2] The gamemode will allow the player to play remade multiplayer maps.

The game starts with the players being flown in on Littlebird helicopters. Once dropped off, the goal is to escort the survivors (NPC's) to the designated Landing Zone for pickup by helicopters as well as fighting cyborg zombies in the process. There are three difficulties of this game mode, medium (five survivors), veteran (six survivors) and heroic (seven survivors).

Custom classes may be used in this game mode like all other game modes in Call of Duty Online. The currency of the game are poker cards, which can be obtained by obtaining multikills (2x or more kills) rescuing suvivors and/or obtaining certain objectives. Pokers can be obtained by collecting a certain amount of high value cards, such as Aces, Jacks, Queens, Kings or Jokers [only dropped by random cyborgs]

Several resupply boxes are found scattered throughout the map.


There is also an upgrade box (which requires pokers, not individual cards) at a certain location on each map (2 locations on Estate Tropical due to map size) where upgrades can be purchased.

Smoke Grenades are recommended for this game type as they will prevent the cyborgs from seeing and/or chasing the player.

There are four different types of cyborgs:

After all survivors have been rescued, a boss mothership will appear at the end. It is the ship of Cortex, who is an alien bent on taking over the world with the help of his cyborg army.

It is the objective of the players to destroy this ship by depleting it's health. Miniguns, LMG's and predator missiles are most effective. The ship will move to another location on the map in an attempt to evade the player once a certain amount of damage has been done. Firing on the ship's engines will deal maximum damage.

The mothership has two defences

1. Lock on missiles which will be fired at the players, if hit will cause the player to go into last stand

2. A laser beam which locks onto the player if the player stands still for too long which will also cause the player to go into last stand.

Upon defeating the mothership, it will not be destroyed, however Cortex will taunt the players with sayings like "YOUR WEAPONS ARE INSUFFICIENT", "YOUR SPECIES IS A BLIGHT UPON THIS WORLD" and "WE ARE INFINITE" and complain about how his ship has been damaged and he will escape.

If all players get to the helicopter successfully, the last player to board the helicopter will be able to fire a predator missile that basically nukes the entire map killing all zombies.

If all living players go into last stand at any point, a 15 second counter will appear onscreen, if no players have or use the option to self revive, the game will end as a loss.

Scattered throughout the map are hidden survivor items which will grant the user specific killstreaks/weapons/abilities. Using the perk SitRep will illuminate the location of item if the player is nearby one.

The survivors and their specific items are as follows:

Trigger - Akimbo Uzi's - Picking up this item will give the player a third weapon slot.

Madman - Akimbo Rangers - Picking up this item will give the player a third weapon slot.

Janitor - A Bucket - random number of dog tags, but mostly 3

Writer - A Manuscript - Collect it 3 times and the user unlocks a famous battle title.


Weapons available for use in last stand:


If the user is using the PDW2000, or TMP, a launcher or is using Overkill, the default sidearm M9 will be given.

Gameplay of Cyborg Evacuation.
Add a photo to this gallery 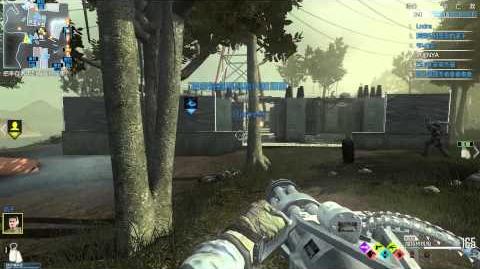 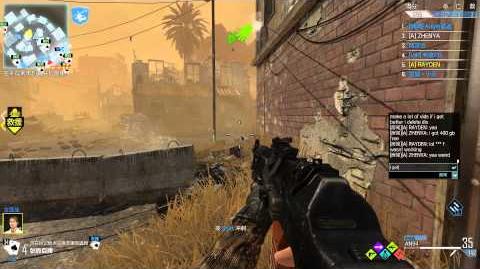 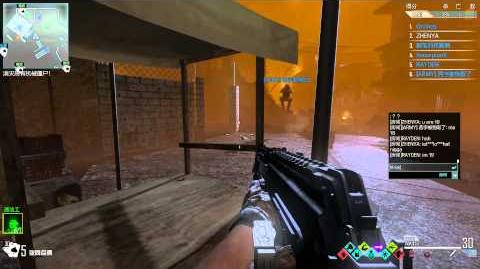 Retrieved from "https://callofduty.fandom.com/wiki/Cyborg_Evacuation?oldid=2435844"
Community content is available under CC-BY-SA unless otherwise noted.