"Bolt-action sniper rifle. Deadly from the waist up."
— Description.

The DSR 50 is a bullpup, bolt-action Sniper Rifle featured in Call of Duty: Black Ops II.

The DSR 50 can be selected in the customizable loadout. Otherwise, it is used by the Mercs in "Celerium", applied with Blue Tiger Camouflage. Also, the DSR 50 is sometimes used by the SEALs in the Strike Force mission "Shipwreck".

Along with the SVU-AS, it is available to be unlocked once Create-A-Class is available to the player with the use of an unlock token. It is the most powerful sniper rifle in the game. Its multipliers ensure a one-shot-kill to the arms, torso, neck and head when unsuppressed. Its bolt-action nature leaves the player vulnerable between shots, however, especially when facing multiple opponents at once. Its reload is manageable, and can be partially mitigated with Fast Mag.

When using a Suppressor, the DSR 50 can only achieve one-shot kills to the head, neck, upper arms, upper torso and middle torso. The DSR 50 has the largest idle sway of its class, and thus Ballistics CPU is highly recommended as it reduces the idle sway of the gun.

After the patch 1.13, the rate of fire of DSR 50 was reduced from 50 RPM to 40 RPM. This lower ROF makes it impossible to get a "quad feed" unless one gets multiple kills with one bullet, as by the time the fourth person is killed, the first of the four kills in the feed will already disappear.

"Hmmm...originally a sniper rifle but modified for larger rounds...ooh! And a hydraulic recoil buffer! Bravo, say I!"
— Marlton Johnson, when obtaining the DSR 50 from the Mystery Box in Die Rise.

The DSR 50 can be acquired from the Mystery Box for 950 points, and can also be dug up with a Shovel in Origins. The main benefit of the weapon initially is its high damage, able to score one-shot kills up to round 12. However, it suffers from less accuracy than in multiplayer, a small magazine of only four rounds, a fairly sluggish reload and only 48 rounds in reserve.

Once Pack-a-Punched and combined with perks such as Speed Cola and Double Tap Root Beer, the Dead Specimen Reactor 5000 becomes a powerful weapon to use at medium to long range to take down multiple zombies in a single shot. If the player acquires the Iron Sights attachment, or has Double Tap Root Beer, it becomes more user-friendly at closer ranges.

The DSR is unique in having the Suppressor as an attachment, but it is utterly useless, having no actual advantage and may even have a disadvantage. It is best to re-Punch the DSR if the Suppressor is applied to it. 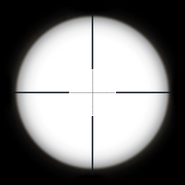 DSR 50 in third person
Add a photo to this gallery

Retrieved from "https://callofduty.fandom.com/wiki/DSR_50?oldid=2453044"
Community content is available under CC-BY-SA unless otherwise noted.