"After Aachen nothin's gonna be the same. But we finally got a foothold into Germany. The gateway to the Rhine is open and there's no turnin' back. For any of us."
— Mission Briefing

"Death Factory" is the seventh campaign level in Call of Duty: WWII. An old-growth forest on the German border where Allied forces engage in devastating encounters. In the heat of battle, the German Army uses tree burst bombs that detonate at treetop level, showering soldiers with wooden shrapnel. When your unit is zeroed-in-on by hostile artillery, the forest explodes around you as debris rains down.[1]

At a staging ground, Davis demands to know who decided to deviate from the First Platoon's assigned mission and rescue civilians. Turner claims responsibility, but Pierson steps in to take some of the blame as well. Davis tells them that they are "on the verge of the biggest operation of the entire war" before ordering them to move out.

Three weeks later in the Hürtgen Forest, Daniels opens a letter from Hazel, revealing she is pregnant. The squad congratulates him before giving him some privacy. Later, Davis and Turner brief the soldiers on their next mission to capture Hill 493. Daniels is asked to deliver food to a spotter overlooking the valley and Hill 493. Using binoculars, he observes the 150mm artillery guns firing in the distance from the hill. The First Platoon then links up with Second Platoon at a bridge on the 1st Infantry's perimeter. After planting several mines at the front end of the bridge, SS troops attack. After holding off several waves, the Americans fall back to the rear of the bridge and a Panzer IV appears. Daniels uses rocket launchers to destroy the tank, causing the SS troops to retreat.

Pierson and half of First Platoon go north to Hill 493 while Turner and the rest of the platoon, Daniels included, follow a river east to cover Pierson's flank. Turner's group finds and attacks a German mortar position, causing the Germans to retreat. Turner and Daniels follow the Germans, but it turns out to be a trap. German artillery begins to destroy the forest around the group as they desperately try to escape up a hill. Daniels is hit by a blast and falls down the hill, unconscious.

Upon regaining consciousness, Daniels hallucinates and sees his brother Paul encouraging him to get back up. Daniels grabs a M1911 off the ground and goes searching for other members of the platoon. He manages to sneak through the fog, avoiding Germans patrolling a series of tank traps, upon where he meets Turner. Together, they proceed towards the river to find the rest of their squad. Along the way, they encounter a sniper in a bunker tower and a wounded ally. Daniels breaches the bunker complex and kills the sniper and accompanying SS troops.

Turner and Daniels finally make it back to their squad, who are fighting against Germans entrenched in a house with a fortified machine gun nest. Daniels flanks the house and takes out all the Germans in the mill. Turner and the squad regroup at a bridge near the house, only to be interrupted by German snipers. Daniels takes them out, but SS troops with a halftrack begin a full-on assault of the mill. The First Platoon holds them off, destroying the halftrack, which causes the SS troops to retreat. With the threat of attack gone, Turner decides to wait at the mill for Pierson's squad before assaulting Hill 493. 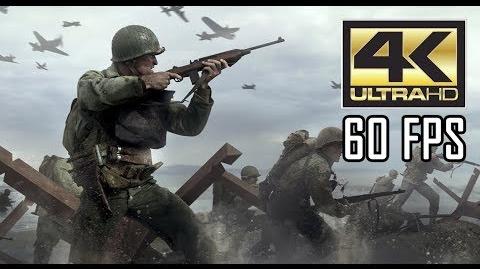 Retrieved from "https://callofduty.fandom.com/wiki/Death_Factory?oldid=2488511"
Community content is available under CC-BY-SA unless otherwise noted.