"This is going to be one helluva highlight reel!"
— AC-130 Navigator

Death From Above carries on from the previous mission, "Hunted". The player, assuming the role of a gunner on an AC-130, protects Captain Price and his team as they make their way through an enemy-controlled village, clearing out enemy defenses and offering some powerful close air support as the SAS team makes their way to the extraction point by foot and by truck. Arriving at a local junkyard, the SAS team must hold off a considerable enemy assault with the aid of the gunship until they can be rescued. Eventually, the group is saved and they make it to the German Safehouse. 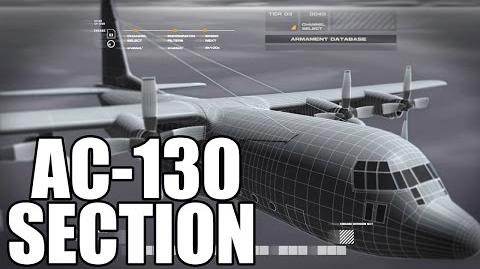