"See nearby enemies through walls. Receive screen indicators when enemies approach the Player from off screen."
— Description

Death Perception, when purchased, gives the player an orange outline of nearby enemies through walls, similar to a thermal optic. Any nearby enemies off screen will be highlighted by small white arrows on the HUD denoting their location relative to the player. When Death Perception is selected as the "Modifier" perk and the player has all of their other perks, it applies bonus damage to special enemy weak points.

In Create-A-Class, Death Perception is unlocked by default, and can be applied to the player's Perk loadout to appear in any map. It can also be obtained randomly through the use of Secret Sauce if available and through a myriad of other Perk-based rewards and items within the game.

Death Perception was released with the Season Five content update for Call of Duty: Black Ops Cold War on August 13th, 2021. While similar to its Black Ops 4 iteration, Death Perception now allows players to increase survivability, awareness, armor penetration, and Salvage drop rates through upgrades. It is available in Der Wunderfizz in all maps.

In Call of Duty: Black Ops Cold War, Death Perception can be permanently upgraded with the use of Aetherium Crystals, yielding a variety of new additional bonus effects alongside its base ability. 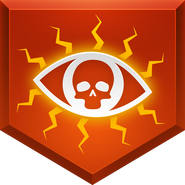 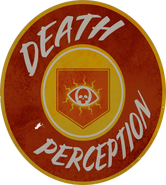 Death Perception's unique statue as seen in the Chaos maps.

Death Perception's perk bottle as seen in the Aether maps. 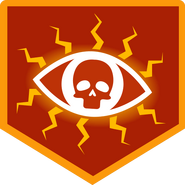