"Cut off from WA command, fight alongside the Egyptian army as you pursue the three remaining targets to Kebechet - the city lost in sand."
— Mission Briefing

"Demon Within" is the eighth (ninth in Nightmares) level in Call of Duty: Black Ops III. Hendricks and the Player must assist the Egyptian army in taking down Sarah Hall and her mech, interfacing with her DNI, which takes the Player through Hall's nightmare world, including a battlefield of World War II known as the Siege of Bastogne. This level also introduces zombies into the campaign, and is the only mission in the campaign as well as Nightmares to feature Dire Wolves.

Target has been tracked to Egypt, Kebechet 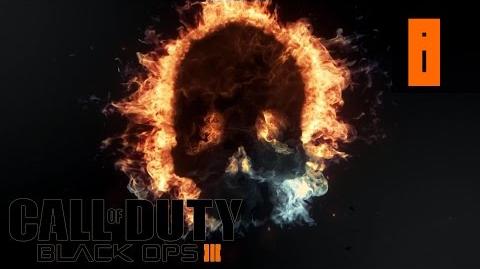 Hendricks in the opening cutscene.

Retrieved from "https://callofduty.fandom.com/wiki/Demon_Within?oldid=2563972"
Community content is available under CC-BY-SA unless otherwise noted.