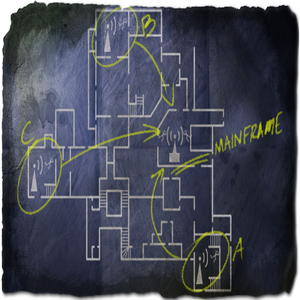 Der Riese (German for The Giant) is the fourth map in the Zombies game mode. It is the final Zombies map in Call of Duty: World at War. It is set in Group 935's main base of operations known as Waffenfabrik Der Riese, in Lower Silesia near Breslau, Germany (now Wrocław in Poland), and was the debut of the teleporters and the Pack-a-Punch Machine, a machine that for 5000 points allows players to upgrade their weapon. It was released in Map Pack 3 along with three multiplayer maps, on August 6, 2009. It was then released for iOS on September 30, 2010, before being released alongside Nacht der Untoten, Verrückt and Shi No Numa as part of the Prestige and Hardened editions of Call of Duty: Black Ops on November 9, 2010. It was later released in the Rezurrection map pack. In addition, the map was remade as a new map called The Giant as part of Black Ops III's special Collector Editions, and is accessible to Season Pass holders.

The Ultimis crew returns to the Der Riese facility from the Rising Sun facility in 1945. With his diary, Richtofen plans to use the teleporter to return to the moon and confront Samantha, a little girl who is in the M.P.D., who Richtofen knew from his past. Upon arriving, they must face limitless hordes of the undead as they continue their journey.

Der Riese is set in a secret Nazi Factory in Germany. It has several rooms within it. The starting room is just outside the factory itself. There are four barricades against the zombies, two at either side of the Mainframe, one to the side of the power generator, and one down a staircase. There are two doors that leave the starting room and cost 750 points to lead to the right or left factory rooms.

After opening the door on the right there is a door to the right hallway that costs 1000 points. There is a railing above which zombies can jump down from, and two barricades from which zombies can break through. There are are two doors here, one that will open when the power is turned on, connecting this room to the Mystery Box spawning room; and one that will, when purchased, grant the players access to the Right Hallway.

After opening the door in the Right Factory Room, players come in here. Here there is a staircase leading to the next room blocked by debris costing 1000 points to move. There are two zombie barricades located in here, as well as an Electroshock Defense Trap.

After opening the door on the left, there are two barricades and a door leading to the left hallway that costs 1000 points to open. There is also a door that will open when the electricity is turned on, connecting this room to the Mystery Box spawning room.

After opening the door in the left factory room, the player will come to this hallway. It contains the M1897 Trench Gun and three barricades. There is a staircase leading to clearable debris that costs 1000 points to open and will grant access to the next room.

In the left hallway is a locked door that costs 1250 points to open that leads to the Teleporter A room. It contains the first of three teleporters. There are also two barricades in here.

After opening the locked door that costs 750 points in the Right Balcony, the player(s) will enter a room containing yet another teleporter. It contains two barricades.

After opening either box barricade in either hallways, the player appears on a balcony and a section just outside the factory. If the player jumps off the roof, they will come across the Mystery Box, sitting next to the power generator. There are doors leading to Teleporter Room C and Teleporter Room B. When the power is turned on, a bridge lowers connecting the two balconies and the room connects with the left and right factory rooms. There are multiple barricades in this area.

After opening the door that costs 1250 points in the Mystery Box spawning room, it leads to a building in the factory. Inside the building, the final teleporter lies. There is also a set of stairs where a barricade is blocking zombies approaching from a cave. There is a balcony outside and is used to fire down on zombies approaching the building. The balcony is also a good spot to hold out at, as all zombies can come in from one direction and the height offers the players a good view on how many zombies are moving in.

Der Riese returns in Call of Duty: Black Ops with improved graphics and the ability to acquire Cold War weapons from the Mystery Box. The Call of Duty: World at War weapons that can be bought off the wall are still available, however. It was at first an exclusive for those who had the Hardened and Prestige edition but it was later released in the Rezurrection map pack on August 23, 2011 for the Xbox 360, and September 22, 2011 for the PlayStation 3 and PC.

Der Riese with upgraded graphics, as seen in Black Ops.

The starting room.
Add a photo to this gallery

This is the second map to feature power, the first map being Verrückt. Power is needed to activate the Teleporters and to turn on the Perk-a-Cola machines. It will also lower the bridge leading from Double Tap Root Beer to Juggernog and vice versa, allowing for easy access. There are also electric traps players can activate for 1000 points.

Linking the teleporters requires power. To link, the player has to hold down the action button and a 30 second timer will appear. The players have to run to the Mainframe, which is at the spawn, and hold the action button down on top of the mainframe. Doing this will cause the Pack-a-Punch Machine's doors to lower slightly depending on how many teleporters have been linked, and a power-up will appear. After linking a teleporter, the player can now teleport directly to the mainframe, with each teleport costing 1500 points. Teleporting can sometimes give random power-ups, but past round 25, the player will stop getting power-ups as frequently, and sometimes Hellhounds will spawn in, with a maximum of eight Hellhounds at one time. The teleporters can also be used as a trap, as zombies die upon their activation. There is a delay between using the teleporters as they need to recharge.

Returning from Shi No Numa, Hellhound rounds will happen every four to five rounds, with a descending guitar riff, the map turning foggy and as the first Hellhound spawns, the Demonic Announcer will say "Fetch me their souls!". They walk around the map, either with a limp or in a wolf hunting fashion until they spot players, at which point they will ignite (if they are flaming Hellhounds) and attack. Monkey Bombs will not work on Hellhounds, although the explosion can still damage them. During a Hellhound round, the last Hellhound will drop a Max Ammo power-up. After the third Hellhound round, they will start spawning with the zombies, without the Max Ammo power-up. Also, if one repeatedly uses the teleporters, Samantha will occasionally say something and then up to eight Hellhounds will spawn in.

After the fourth hellhound round, their health will stop increasing, meaning that two Bowie Knife slashes will always kill a Hellhound.

All of the power-ups from the earlier Zombies maps appear in this map, along with Carpenter, which makes its debut on this map. 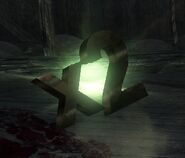 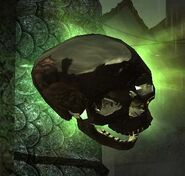 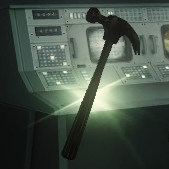 The Carpenter power-up
Add a photo to this gallery

) - Kill 40 zombies using the Bowie Knife in one game.

) - Link all of the teleport pads before round 7.

) - Survive until Round 20 without buying a single perk.

) - Obtain the Ray Gun, Wunderwaffe DG-2 and the Monkey Bomb at the same time.

) - Upgrade 5 weapons at the Pack-a-Punch Machine in one game.

The Der Riese badge collectable on the Steam version of Call of Duty: Black Ops III
Add a photo to this gallery 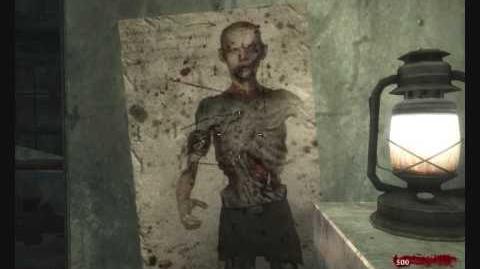 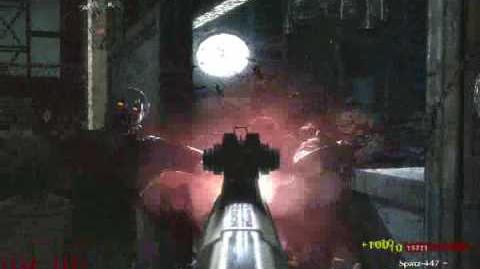 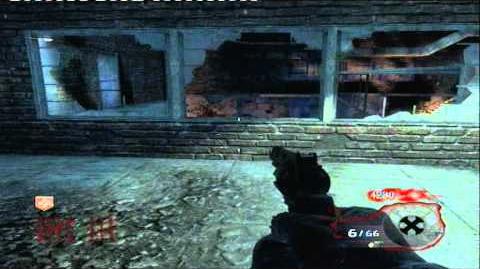 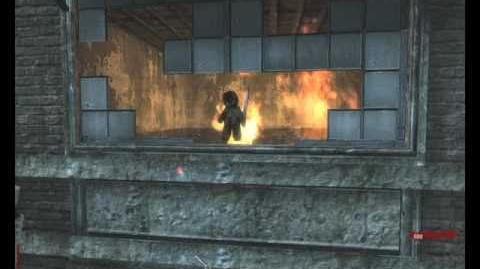 Retrieved from "https://callofduty.fandom.com/wiki/Der_Riese?oldid=2479920"
Community content is available under CC-BY-SA unless otherwise noted.